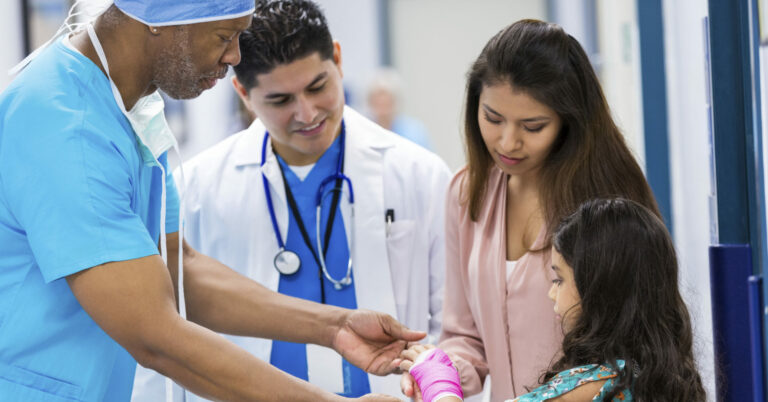 It probably would not be news to most North Carolinians that our state is plagued with a sub-par health care system.

But even the most jaded amongst us would likely be shocked to hear that our state routinely ranks at the very bottom of the U.S. health care system.

When Wallethub released its annual report on the best and worst states for health care in 2021, North Carolina was ranked down at 47th place.

Unfortunately, being at the bottom of the barrel in state health care rankings has been par for the course for years, with causes ranging from our citizens’ overall poor state of health and relatively high smoking rates to state laws mandating that health insurance plans provide additional coverage that might not even be necessary for individual policy holders.

However, one of the largest issues with health care in North Carolina is simply a lack of access to services, which reduces competition and drives up the cost and hassle of taking care of even the most basic health care needs.

Fortunately, Senate Bill 249, also known as the SAVE (Safe, Accessible, Value Directed, Excellent Healthcare Across North Carolina) Act, will help to drive down health care expenses and save millions, and potentially billions of dollars every year, while also increasing accessibility to health care services around the state.

The SAVE Act would expand access to quality, affordable health care by empowering advanced nurse practitioners

The SAVE Act repeals physician supervision requirements that mandate that highly trained advanced practice registered nurses (APRNs), such as nurse practitioners, certified nurse midwifes, clinical nurse specialists, and certified registered nurse anesthetist, must enter into contracts with physicians in the same field before they are able to treat patients.

Granting APRNs full practice authority will make health care more available and less expensive for North Carolinians, especially in the large parts of the state that are “health care deserts.”

These health care deserts are especially prevalent in our state’s rural counties, where 70 of the 80 total counties lack adequate access to primary care.

Writing in the News & Observer in support of the SAVE Act, nurse practitioner Schquthia Peacock states that some of her patients have to travel two and a half hours round trip to her office just to receive a routine checkup.

This obviously makes receiving even the most basic health care services a large and inconvenient hassle for many North Carolinians.

Under current law, APRNs are unable to set up their own practices in these underserved areas simply because they are tied down to their supervising physician and his or her office.

The SAVE Act will end this artificial barrier and allow for more widespread access to health care.

And this legislation will do more than make health care more accessible. A  2015 study conducted by Dr. Chris Conover at Duke University found that legislation like the SAVE Act will also lead to millions or even billions of dollars in annual savings every year and the creation of over 3,800 jobs.

Clearly this would be a win for just about everyone involved in the health care industry, from patients and consumers, to providers.

Why Americans for Prosperity opposes Medicaid expansion in North Carolina

Expanding Medicaid, however, would be a step back for North Carolina.

When Obamacare was passed, states had the option of increasing their Medicaid eligibility income levels. To date 12 states, including North Carolina, have chosen not to do so.

That is the right choice. Medicaid expansion would be a mistake.

As other states have learned, expanding Medicaid:

We should fix Medicaid, not expand it.

A 2020 study by the Galen Institute and the nonpartisan Foundation for Government Accountability confirms that Medicaid expansion has many downsides.

In contrast to the SAVE Act, which will reduce costs while improving quality and access to care, Medicaid expansion would lead to longer-wait times for those enrolled in the program and would also crowd out higher quality private coverage.

It would also leave state finances precariously dependent on the changing whims of Washington, which will be forced by fiscal realities to eventually cut back on the amount of funding it provides state Medicaid programs.

This inevitable reduction in federal funding would leave North Carolina on the hook for a vast entitlement program it can’t afford.

What’s worse, there is an abundance of evidence to suggest that people enrolled in Medicaid have worse health outcomes than people who don’t have any insurance at all, in part stemming from Medicaid patients receiving care from the cheapest doctors and being less likely to receive evidence-based therapies.

Why the SAVE Act is preferable to Medicaid expansion

The SAVE Act avoids all these pitfalls and the mountains of red tape and bad incentives that come with Medicaid expansion.

Rather than costing the state more money, The SAVE Act will save both patients and taxpayers, alike, tens of millions of dollars every year.

Instead of crowding out coverage and leading to long wait times it will expand access and reduce the burden on residents living in rural health care deserts.

North Carolina already has plenty of talented APRNs who are eager to help fix our state’s health care system. Enacting the SAVE Act will lift the burden of antiquated bureaucratic regulations off their backs and allow them to get the work saving time, money, and most importantly lives all around our state.

Instead of a government option, North Carolinians need and deserve a health care personal option.

Instead of a bigger Medicaid program, let’s give patients more choice, control, and access, by removing needless barriers between them and the medical professionals they trust.