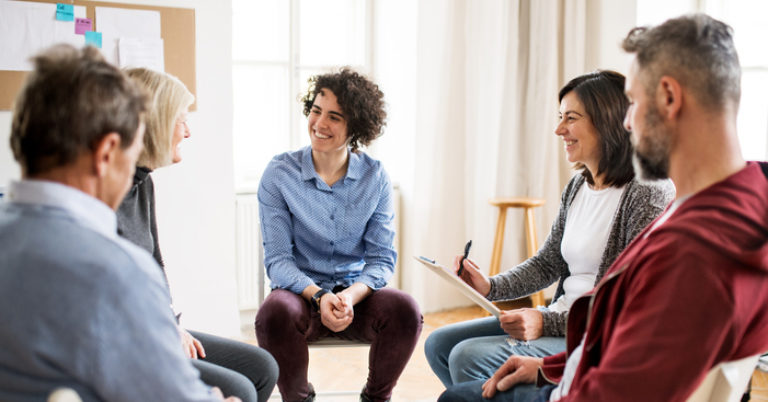 The proper role of criminal law is to protect public safety and order by punishing and deterring actions that harm people and property. When we require the criminal justice system to stray from this core function, the outcomes are usually more costly and less effective than we hoped or intended.

Criminal law should rarely be used to punish behavior that doesn’t directly threaten the lives or property of others, but which may be undesirable or have negative consequences to the person themself. Society has many more effective ways to deal with these risky activities through other institutions. When these alternatives outside the justice system are applied correctly, they can be highly effective, increase public safety, and reduce the burden placed on taxpayers.

When these undesirable behaviors are instead outlawed and criminalized — as alcohol was during prohibition, for example — society is forced to deal with unintended consequences such as black markets, increased violence, higher costs for policing and corrections, and an ineffective use of justice system resources.

The problem: A criminal justice perspective

Since the start of the “War on Drugs” in 1971 and its heightened enforcement from the 1980s, drug prohibition has been a principal entry point to the criminal justice system. From 1980 to 2019, annual drug-related arrests rose from 376,000 to over 1.5 million – a more than 350 percent increase. Today more than 249,000 individuals, or almost one in six individuals in state and federal prisons, are there for drug-related offenses.

This focus on drug enforcement has changed law enforcement methods and incentives, diverted limited resources away from violent crime, and damaged trust between police officers and their communities.

This $46 billion annual investment in the War on Drugs has not solved the problem of harmful drug use and addiction. Data from the National Institute on Drug Abuse shows that illicit drug use has fluctuated over time but shows no consistent response to our country’s drug enforcement efforts. Drug overdose death rates in the United States have also consistently increased in recent decades.

A better approach to addressing the underlying problems of addiction

It’s true that drug use — especially substance use disorders — can stop people from succeeding in life and can exacerbate safety concerns where criminal justice system intervention is appropriate, such as impaired driving, property crime, use by children, and child neglect.  But pure drug prohibition and enforcement have been ineffective at reducing these problems and may just be making them worse.

It’s time for a different approach, one that moves away from the criminal justice system and toward education, treatment, decriminalization, and eventually legalization with appropriate regulation. This will allow us to more effectively address the underlying problems of addictions without needlessly ruining millions of lives.

States should also create a legal marketplace for the sale of marijuana that is not excessively taxed or regulated and which ensures equal access for large and small enterprises. This will help end the existing black market and the problems it brings. Many states should learn lessons from overly-regulated markets post-legalization, such the alcohol industry to avoid those same mistakes.

Simple possession of drugs should no longer be a felony. States like Oklahoma for example, have recently reduced simple drug possession to a misdemeanor offense. This small policy change has already saved the state more than $10.6 million and averted almost 2,200 years of incarceration.

This has allowed the state to focus prison beds on those who pose a greater harm to public safety and diverted additional funding to treatment and diversion that help individuals overcome their addiction. This change also means that these individuals will not have a felony record, which can have devastating effects on reentry success, ultimately leading to far higher costs to taxpayers in the future.

Policymakers at the federal and state levels should reexamine drug laws and reduce penalties and sentence enhancements for certain drug crimes. Drug laws routinely carry unnecessarily harsh penalties and enhancements. By reducing or removing these penalties, states can safely lower their jail and prison populations and reinvest those savings in front-end diversion and treatment.

Sign the petition to protect public safety and roll back overcriminalization by signing the petition to legalize marijuana. Then learn more about how Americans for Prosperity is working to build safer communities through smarter policing.