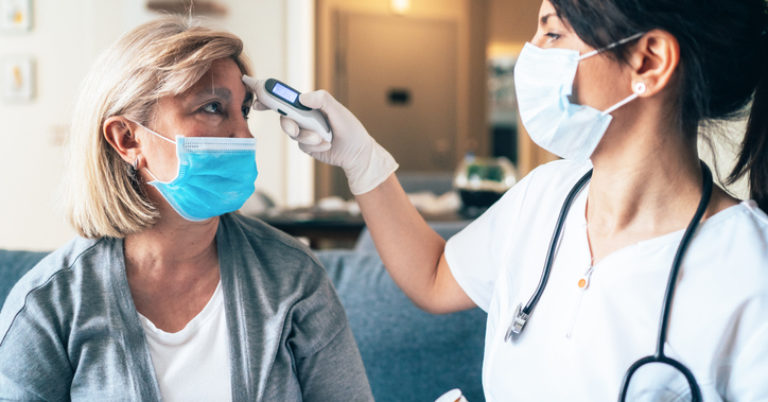 Tucked away in the Biden administration’s massive American Jobs Plan is a proposal to spend $400 billion over eight years for homecare services funded by Medicaid, the joint state-federal health care program for the low-income.

The purported goal of the new spending is to help seniors stay in their homes while receiving needed medical care, rather than going into a nursing home or assisted living facility.

That’s a worthy goal. But the plan is tainted by ulterior motives and likely negative effects.

In short, it’s not really about helping seniors, it’s about helping unions and growing government at the expense of the rest of us – especially seniors, taxpayers, and home health aides.

Americans should politely tell Congress, “No, thanks.”

The biggest reason to say no? It isn’t really about helping seniors. Just listen to White House:

These investments will create new jobs and offer caregiving workers a long-overdue raise, stronger benefits, and an opportunity to organize or join a union and collectively bargain. (Emphasis added.)

Now, what on earth does unionizing homecare workers have to do with helping seniors stay out of nursing homes? If you think the answer is “nothing” – you’re right.

But if you’re a union leader, you know that more union members means more union dues, which means fatter union coffers, when means more pay and political power for you.

That’s why labor activists have spent years trying to use government funding as a hook to get private-sector homecare aides reclassified as government employees for unionization purposes. Once they’re “government employees,” they can more easily be compelled to pay union dues.

And that’s why, despite receiving a clear rebuff in the Supreme Court in 2014 (Harris vs. Quinn), unions and their public-sector allies continue to come up with schemes to “skim” federal Medicaid dollars from homecare aides.

Biden’s plan would turn those schemes into public policy, at homecare workers’ expense. No wonder Big Labor loves it.

If the plan is enacted, expect the home care industry to become more rigid and bureaucratic. That would be bad for seniors.

Where medical professionals are government employees, and thus tend to be unionized, workplace slowdowns and wildcat strikes are not uncommon. In Canada, for example.

Today, more than half of all long-term care in America is funded through Medicaid.

In fact, Medicaid has grown from humble beginnings in the 1960s as a relatively modest safety-net for the low-income into a massive, middle-class entitlement with more than 80 million enrollees – nearly one in four Americans.

The drafters of the “human infrastructure” package want to expand Medicaid still further by spending tens of billions to extend eligibility to about 2.2 million able-bodied childless adults, most of whom are already eligible for private or workplace coverage.

In short, it’s about expanding government’s involvement in our lives.

Instead of growing Medicaid, we should restore to its original mission. Re-focus it on helping the truly needy. Modernize how it’s funded and give states dramatically more flexibility to set the rules, eliminate red tape, and remove needless barriers between patients and the medical professionals they trust.

If not paid for, that huge increase will necessitate massive tax hikes or equally damaging policy changes, like the draconian prescription drug price controls found in the controversial bill H.R.3.

Thankfully, cooler heads in Congress are starting to prevail, demanding that new spending not add to the deficit. It’s common sense.

What Biden’s homecare plan is really about

While helping seniors stay in their own homes is a worthy goal, Biden’s homecare plan is not really about that. It’s really a $400 billion giveaway to Big Labor and an unnecessary budget-buster. More ominously, it’s a step toward a complete government takeover of health care.

Americans should politely decline this deal – and certainly not support its inclusion in any so-called infrastructure package.

Instead of more government, what all of us, of every age and income level, need and deserve is a personal option: a set of smart, sensible reforms that ensure we all have access to the high-quality health care we need, when we need it, with the quality we deserve, at a price we can afford, from the medical professionals we trust.

Learn more about the health care solutions that comprise the personal option.