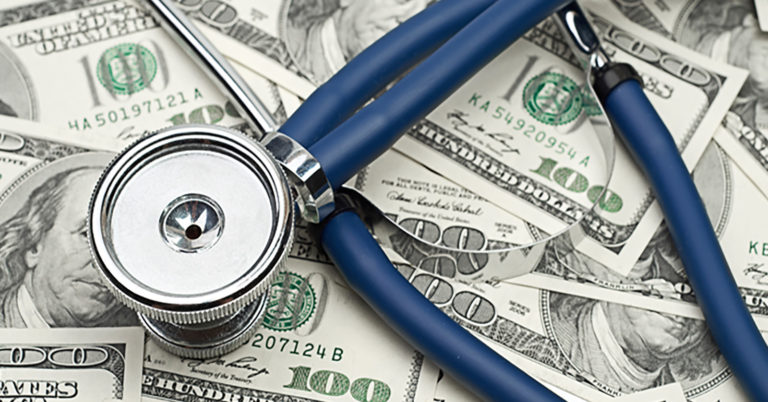 New Study: “Medicare For All” Would Cost Taxpayers $32.6 Trillion Over a Decade

Overspending in Washington is a chronic affliction.

The national debt sits at $21 trillion dollars and counting.

As if that were not enough, Sen. Bernie Sanders has now proposed a bill to establish single-payer health insurance, known as “the Medicare for All Act.”

The proposal would add an estimated $32.6 trillion to the federal budget in the first decade of its implementation alone, according to a new study from the Mercatus Center at George Mason University.

The Real Costs of “Medicare for All”

Single-payer healthcare does not come cheap – and would be yet another major cost burden for American taxpayers to bear.

Charles Blahous, the study’s author stated, “enacting something like ‘Medicare for all’ would be a transformative change in the size of the federal government.”

Meaning a massive increase in the federal government’s already-bloated size and scope.

The Medicare for All Act would force the federal government to cover nearly all health care spending – leading to a surge in federal health care commitments consisting of 10.7 percent of our nation’s GDP in 2022.

That number would increase to 12.7 percent of GDP by 2031 and continue to grow year after year.

A Plan for Fiscal Solvency

Congress needs to reduce out-of-control spending, not add to it. Yet lawmakers on both sides of the aisle continue to push the envelope by voting for devastating new spending bills and big government policies in Washington.

Congress recently voted for a $1.3 trillion omnibus spending bill earlier this year. The bill pushed total federal spending above $4 trillion this year – the equivalent of over $33,000 for each American household.

Instead, Congress should reduce spending, starting with a federal discretionary spending freeze in the FY 2019 budget.

Once we have reined in discretionary spending, lawmakers should address ballooning entitlement programs, includingMedicare and Social Security.

Creating a bloated new health care system like “Medicare for All” would not fix our nation’s problems – it would only increase them.

Demand fiscal responsibility from our lawmakers in Washington! Tell Congress to put current and future generations of taxpayers first by cutting wasteful spending.