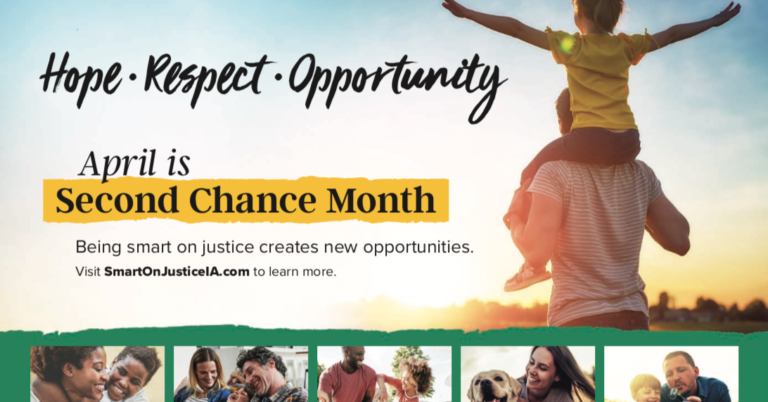 DES MOINES, Iowa – Americans for Prosperity-Iowa (AFP-IA) today launched a direct mail campaign inviting Iowans to call on their elected leaders who worked to reform the state’s criminal justice system during the 2019 legislative session and urge continued action around these important reforms. The direct mail campaign is part of a national six-figure effort highlighting key progress on the issue across 10 states and comes as the nation recognizes Second Chance Month.

During the legislative session, Iowa lawmakers tackled crime and recidivism by creating new employment opportunities for people with criminal records and began the process of restoring voting rights to individuals with past convictions.

“Current policies prohibiting people with criminal records from working and voting are counterproductive and have little public safety benefit. People who want to improve their lives shouldn’t be treated like second-class citizens — they should have access to opportunities to contribute to society.

“On national Second Chance Month, we applaud Iowa lawmakers for supporting meaningful reforms that will put those who have committed crimes on the path to becoming lawful, contributing members of our communities. We encourage the Iowa legislature to continue pursuing policies that are smart on crime and soft on taxpayers. We invite anyone who supports this approach to criminal justice to join us.”