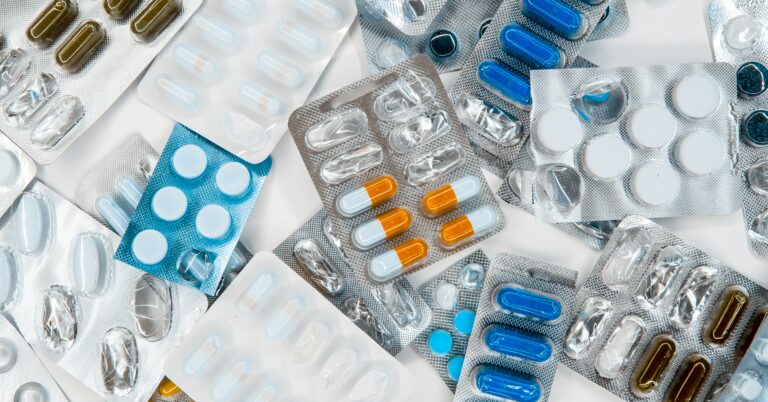 Dr. Ezekiel Emanuel, who has famously suggested that 75 is about the right age to die, recently took to the pages of Politico to argue that if we allow the government to control the price of prescription drugs, “we will still have robust innovation.”

But the primary example the 64-year-old Dr. Emanuel uses to make that case, the drug Tafamidis, does the opposite.

Indeed, upon closer examination, it turns out that that particular drug undermines rather than strengthens the case for government price controls.

Vermont Senator Bernie Sanders and congressional Democrats hope to use such price controls as a way to help pay for their massive, $3.5 trillion spending spree. That package would be wrong for America for many reasons, but its prescription drug price controls are among its very worst provisions.

Doubtless, Dr. Emanuel hopes the sticker shock will numb us into submission on enacting drug price controls. That is why he has chosen it as his “Exhibit A” in the case for government price controls.

But we shouldn’t be fooled, because Tafamidis exemplifies precisely the kind of “robust innovation” that likely would not occur under an effective price control scheme.

This topic is a bit complicated, but I hope you will bear with me.

Under that standard, Tafamidis would not even qualify. So as a practical matter, it is not a very persuasive Exhibit A.

According to 2019 data from the Center for Medicare and Medicaid Services, total Medicare Part D spending for Tafamidis, which comes in two different forms, is about $145 million.

Since Tafamidis was approved only in May 2019, it was not available for the full year. But even if we double the seven-month totals for both versions and add them together, Tafamidis still doesn’t meet the threshold.

For argument’s sake, let’s assume Tafamidis did qualify for the price fixing in the Sanders plan. What would that look like?

The Sanders plan sets prices based on countries that use “drug price affordability boards” – groups of experts who can supposedly determine the “right” price for a drug – to cap their drug prices, and thus to limit their citizens’ access to those therapies. How have such overseas experts viewed Tafamidis?

In the United Kingdom, the National Institute for Health and Care Excellence recommended that Tafamidis not be covered at all: “The cost-effectiveness estimates are higher than what NICE normally considers an acceptable use of NHS resources.”

The Canadian Drug Expert Committee, which makes reimbursement recommendations that provincial health plans use to determine whether they will cover a drug, determined a price reduction of more than 92 percent would be required for Tafamidis to be considered “cost-effective at a willingness-to-pay threshold of $50,000 per [quality-adjusted life-year].”

A quality-adjusted life-year, or QALY, is a bureaucratic way to quantify the value of a human life in monetary terms and attempts to answer the question, “Is paying for this treatment a good use of taxpayer money?”

Implicitly, this question disfavors patients who are sick, elderly, or disabled. So, essentially the Democrat’s plan is to let these foreign panels make life and death determinations for Americans.

If you were a pharmaceutical company facing the prospect of foreign QALY boards setting prices for new drugs to treat rare diseases – in this case a 90 percent price cut or no coverage at all – would you invest in future such efforts?

Or would you focus on tweaking and repackaging existing drugs that are already profitable? In other words, would you take risks to innovate?

Or would you play it safe?

Dr. Emanuel says that under a price rigging regime Americans might finally be able to afford drugs like Tafamidis.

But the more likely outcome is that such drugs would not even be subject to price controls – in which case there would be no benefit to patients – or else they would never be developed.

However, a more recent analysis by economist Tomas Philipson of the University of Chicago addresses the flaws in that CBO report.

Professor Philipson found that drug price controls would lead up to a 60 percent reduction in drug company research and development from 2021 to 2039, resulting in 167 to 342 fewer new FDA approvals. The upper end of that range is more than half the total number of drugs approved by the FDA (644) in the past 20 years.

In short, Tafamidis – Dr. Emanuel’s Exhibit A in the case for price controls – is precisely the sort of innovative therapy that would, in all likelihood, never come into existence under an effective price control scheme.

We do not need price fixing to reduce drug costs.

Instead, Washington should promote competition and end the red tape that makes drugs more expensive.

America leads the world in access to breakthrough treatments, and Americans get the latest medicines before the rest of the world. That doesn’t come cheap.

It takes 10-15 years and $2.6 billion on average to bring a new drug to market. This creates an unavoidable tradeoff between profitability and life-saving innovation. Allowing the government to set drug prices would only tilt that further away from innovation.

With robust innovation, more of us will be able to look forward to our 75th birthday with a smile.

Read more about what other health care leaders think of drug price controls.