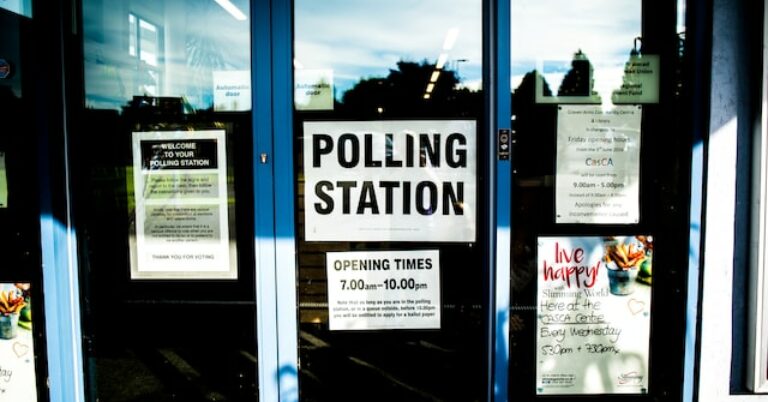 On Tuesday, major elections took place across the United States. With most of the results of the elections known, we can now take a moment to step back and appreciate what we have.

Although there were significant issues of great consequence on the ballot on Tuesday, Americans settle those questions — or at least decide who will decide them — through voting. We advocate candidates we support, and then we see who wins.

And that’s why the strong protection of civil liberties is critical for the long-term success of our ongoing experiment in democratic self-government, even if you’re not happy with the short-term outcomes (or even if you are).

According to Axios, it’s possible the number of Americans who voted in the 2022 midterm elections will be close to the record-breaking turnout of more than 122 million voters in 2018. That is an incredible number of people able to exercise their rights and participate in our country’s political process.

And it’s something we can all be proud of. America is the only country in the world that was founded on a creed and on the belief that people are born with rights that government can’t take away, and generation after generation of Americans have fought to ensure our country lives up to these ideals and for their right to vote.

When the 19th Amendment was ratified in 1920, it enfranchised 26 million American women — the largest simultaneous enfranchisement in American history.

The Reconstruction Amendments (13th, 14th, and 15th) expanded American democracy to Americans who had previously been excluded, and though the intention in those amendments didn’t immediately materialize, Americans never stopped believing in or fighting for the promise of those amendments.

The beauty of America is that we are constantly re-committing to the founding ideals our country was born out of.

Two years ago, National Review alum Tim Alberta asked, even though trust in the electoral system had been eroded, “why are so many people still voting?”

The answer: Because we all ultimately still believe in our country. The entire piece is worth the read, but I just want to pull a few quotes for you:

“People in America have no idea how lucky they are. When you have lived in third-world countries, where there is nothing but cheating and corruption, then you appreciate how America is a place where things are fair. Do I trust it here? Yes. Absolutely.” — Ramon Fernando, a delivery man for Walmart who earned his citizenship in 2019 after immigrating from Central America

“Last week was my 50th anniversary of coming to this great land. I was 23 years old and just finished with my years of mandatory military service in Yugoslavia. I had to get the hell out of there as quickly as I could; all I’d ever wanted was to emigrate to the United States. People who were born here, they will never understand how marvelous this country is.” — Dragan Razmilovic, a 73-year-old lab technician

And it’s not that our democracy is solely fueled by the exercise of our rights — it’s also the average Americans who literally run the elections as poll watchers and election officials. Our electoral system is an amazing testament to our faith in our constitutional system and each other passed down from generation to generation.

One final thing I want to highlight: We shouldn’t overlook the candidates who lost their elections and willingly conceded. The peaceful transfer of power through elections helps our trust in one another and in our institutions thrive. It is an American tradition of which each of us can and should be proud.

If all of that leaves you feeling grateful, great! Thanksgiving season (which does exist because, no, it’s not yet Christmas) is the perfect time to reflect on our blessings. Studies show that gratitude makes us happier and there’s plenty to be grateful for as Americans. And I’ve even got a Thanksgiving playlist to guide you through the season.

As of today, November 1, it is now time for Thanksgiving music! Feel free to enjoy your own playlists or enjoy mine here! https://t.co/3kLmHimIed

As The Office’s Creed Bratton wisely remarked, “I already won the lottery. I was born in the U.S. of A, baby.”

Civil liberties are the solution in uncivil times. Join the defense of free speech:

Is free speech on your back-to-school list? This Supreme Court decision says it should be.