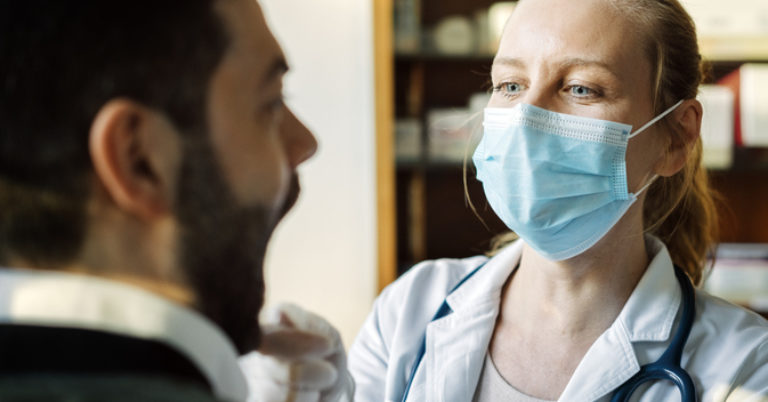 Some members of Congress are set to introduce a new version of the so-called “Medicare for All” bill, a top-down, one-size-fits-all approach that would appoint the federal government as manager of every American’s health care decisions.

Meanwhile, a trio of senators are sponsoring legislation to create a “public option,” a proposal backed by the president that would create a government-run insurance plan to compete with private insurance.

Americans for Prosperity Senior Policy Fellow Dean Clancy sat down with the Daily Caller’s Samantha Renck on February 10 to discuss what these proposals might mean for Americans and their health insurance — and what better alternatives to these programs could look like.

Will public health care options make it through Congress?

Renck began by asking Clancy his position on these top-down plans to manage Americans’ health care and whether they have a chance of passing Congress.

Clancy offered that, while Medicare for All likely doesn’t have enough public support to pass, a public option might stand a better chance, and that it isn’t a better alternative.

While Clancy believed a public option would be “tough” to get through Congress, he warned that we could see additional spending on existing health care programs, such as Obamacare, Medicare, and Medicaid.

Instead of a public option, Clancy suggested, lawmakers should opt for what he called a “personal option.”

“People need private choices and competition to bring down prices, improve quality, shorten wait times, and so on,” Clancy said.

Medicare for All would not work, he added. “In countries around the world — the U.K., Canada, for example — they tend to have longer wait times, poorer health outcomes on some measures. For example, in Canada, they do poorly compared to the U.S. on cancer screenings — and it’s because the government is in charge of the system.”

Clancy said a personal option could be achieved with “less red tape in the insurance market, less federal regulation, so that prices come down, so that people have more choices and they can actually buy the insurance they want.”

As an example, he suggested reforming federal regulations that limit Americans’ access to tax-favored health savings accounts and how much account holders can contribute to them.

“That would inject a ton of healthy competition,” he said. “But under current law, only about one-in-10 Americans really has access to an HSA. We’d love to see that rise to 100 percent.”

Renck then asked if Clancy saw support among members of Congress for the personal option.

“There are a whole bunch of members of Congress who support the principles of choice and a personal option,” he said. He mentioned Representative Chip Roy of Texas, who recently introduced a bill to expand and improve HSAs for millions of Americans.

“We at Americans for Prosperity are trying to persuade lawmakers that a personal option is a much better way to go.”

Learn how a Personal Option in health care can provide you with more quality, affordable health care solutions today.