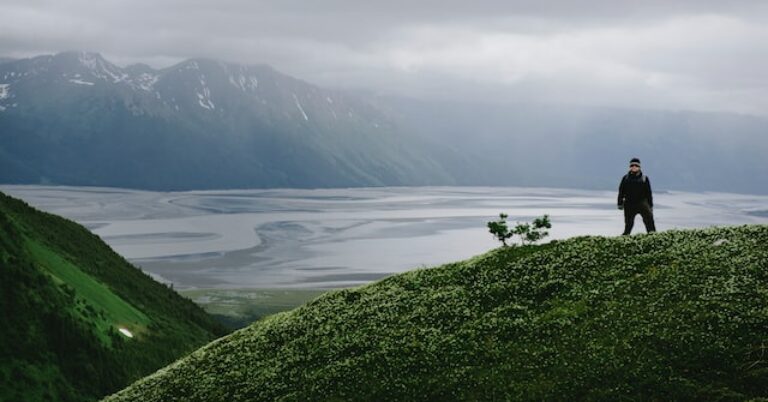 When White House national climate advisor Gina McCarthy accidentally emailed a reporter that a key oil and gas lease sale in Alaska’s Cook Inlet was “cancelled,” officials at the Department of the Interior scrambled for an explanation amid surging gas prices and rampant inflation.

They cited “lack of industry interest” to justify the cancellation, but 500 pages of e-mails and documents from Interior’s Bureau of Ocean Energy Management contain no mention of this excuse  in the lease sale until it was publicly announced as the reason.

Americans for Prosperity Foundation obtained these emails and other documents through a Freedom of Information Act (FOIA) request. They reveal that BOEM began drafting the initial memo recommending cancellation of the Cook Inlet lease sale in January 2022.

In an April 12, 2022 email, BOEM staff discussed five bullets about why the lease sale has not yet occurred. “Lack of industry interest” is not cited.

BOEM’s “Director’s Weekly Meeting” summary document dated May 16, 2022 explains that “[i]t is highly unlikely that BOEM will be able to complete the required steps to hold this sale prior to expiration of the 2017-2022 National OCS program on June 30, 2022.” 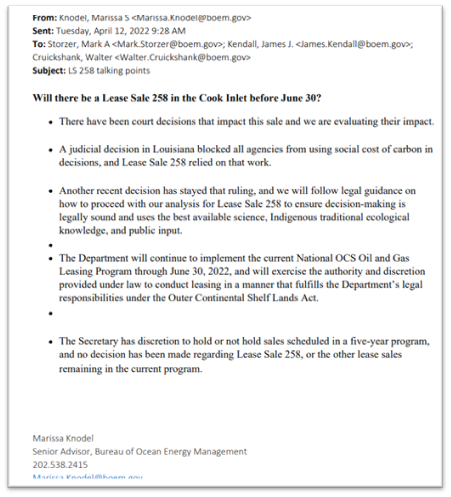 On May 11 and 12 – when CBS News published its story – BOEM shifted its tone to “lack of industry interest” despite not mentioning this in its previous documents. 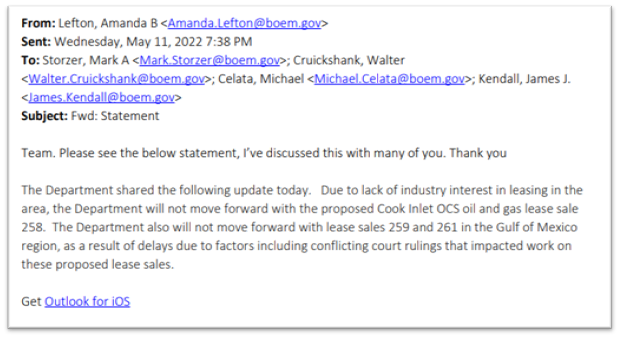 These documents suggest the Biden Administration is misleading the American people on why it decided to hinder development of domestic energy production while Americans are dealing with pain at the pump.

If the Biden Administration were truly concerned with inflation, they would commit to unleashing American energy abundance, not cancelling lease sales.