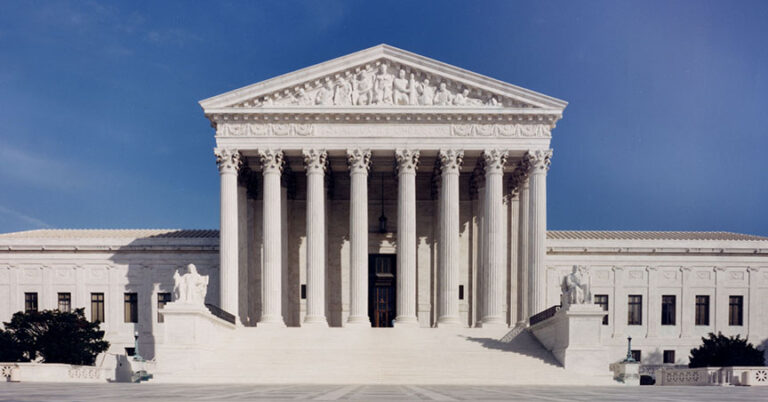 This article was coauthored by Michael Pepson.

Under the Fifth Amendment, any taking of private property must be for “public use” and “just compensation” must be paid for any property taken. But that facial simplicity can be deceiving.

The case of Cedar Point Nursery v. Hassid presented an opportunity for the Court to confirm the bright line rule that any government-sanctioned invasion of physical property is a physical taking that must be compensated under the Fifth Amendment.

The issue in Cedar Point was whether a California regulation that grants union organizers access to the property of agricultural businesses for up to 120 days a year creates a per se compensable taking. Today, the Supreme court confirmed that bright line rule.

In a 6-3 decision, the Court held the California regulation to be a per se physical taking because it appropriated for the enjoyment of third parties (union organizers) the owners’ right to exclude.

As the Court stated:

“The regulation grants union organizers a right to physically enter and occupy the growers’ land for three hours per day, 120 days per year. Rather than restraining the growers’ use of their own property, the regulation appropriates for the enjoyment of third parties the owners’ right to exclude.”

After summarizing a number of prior takings cases, the Court reiterated this conclusion:

“The upshot of this line of precedent is that government-authorized invasions of property—whether by plane, boat, cable, or beachcomber—are physical takings requiring just compensation. As in those cases, the government here has appropriated a right of access to the growers’ property, allowing union organizers to traverse it at will for three hours a day, 120 days a year. The regulation appropriates a right to physically invade the growers’ property—to literally “take access,” as the regulation provides. Cal. Code Regs., tit. 8, §20900(e)(1)(C). It is therefore a per se physical taking under our precedents. Accordingly, the growers’ complaint states a claim for an uncompensated taking in violation of the Fifth and Fourteenth Amendments.”

Americans For Prosperity Foundation and many others, including eleven states, filed amicus briefs in support of the growers’ takings claims, asking the Court to affirm that a physical invasion of property is a compensable taking. Today’s decision vindicates that position.

Further clarifications and distinctions between physical takings and use restrictions

Under the Penn Central regulatory takings test, even property that remains in the possession of the owner can be deemed “taken” if a regulation, without physical invasion, curtails lawful use of the property to the extent that its effective value has been severely diminished.

But, while regulatory takings provide an additional means for property owners to be compensated for a governmental taking, the doctrine has been used to argue the opposite: that a law is only a regulatory reduction in use and subject to the messier and harder-to-prove regulatory taking test even where it allows a persistent physical invasion.

California asserted just such an inversion in legal theory here but the Court rejected the argument. It explained that the crucial distinction between physical takings and regulatory takings was not whether “the government action at issue comes garbed as a regulation (or statute, or ordinance, or miscellaneous decree). It is whether the government has physically taken property for itself or someone else—by whatever means—or has instead restricted a property owner’s ability to use his own property. Whenever a regulation results in a physical appropriation of property, a per se taking has occurred, and Penn Central has no place.”

Why does this matter? Proving a regulatory taking is more complex, involving proof of reductions in value and use, whereas a physical taking is easier to identify and demonstrate.

But perhaps most importantly, government-imposed physical invasions of property violate the most traditional expectations of real property owners: that ownership of the property—at a minimum—includes the right to exclude others, i.e. trespassers.

In addition to the matter of regulatory takings, cases such as Pruneyard Shopping Center v. Robins and Kelo v. New London, have muddied the waters by allowing government to take private property for the benefit of other private third parties for policy reasons that could only satisfy the “public use” requirement if one squinted very hard.

Here, there was not even an attempt to claim public use because no Fifth Amendment taking was acknowledged—leading to the wholly unconstitutional practice of taking private property from one entity and simply giving it to another without so much as a nod toward the Fifth Amendment.

The question at the heart of Cedar Point Nursery v. Hassid

The question before the Court was narrow: whether the uncompensated appropriation of an easement that is limited in time effects a per se physical taking under the Fifth Amendment. But the implications of that question are wide-ranging.

For nearly 200 years the Court firmly rebuffed the proposition that the Constitution would allow the government to “to transfer the property of A. to B. without his consent.” Then came Pruneyard and Kelo, which had just that effect, but on narrow facts; and, at least in Kelo, while requiring compensation to the homeowner whose property was taken.

Here, if California could bypass the Fifth Amendment in its entirety by calling a legally-imposed physical entry nothing more than a regulatory burden, the discipline imposed on the state by the Fifth Amendment—requiring the state to consider the cost of the taking and who should bear that cost—would be eliminated through the simple expedient of re-labelling the taking as mere regulation. Fortunately, today’s decision forecloses that result.

These issues are not new. Indeed, multiple justices have warned for decades that lack of rigor in applying the Takings Clause or allowing workarounds or redefinition of terms would eviscerate the Fifth Amendment.

The Court’s decision today has provided some needed clarity to physical takings jurisprudence, cabining the effects of messy precedent that has wrongly expanded the power of the state to transfer property rights from one private party to another.

*Americans for Prosperity Foundation filed an amicus brief in support of Petitioners, highlighting the need to tighten Takings Clause jurisprudence and the associated threat to individual rights presented by failing to do so.