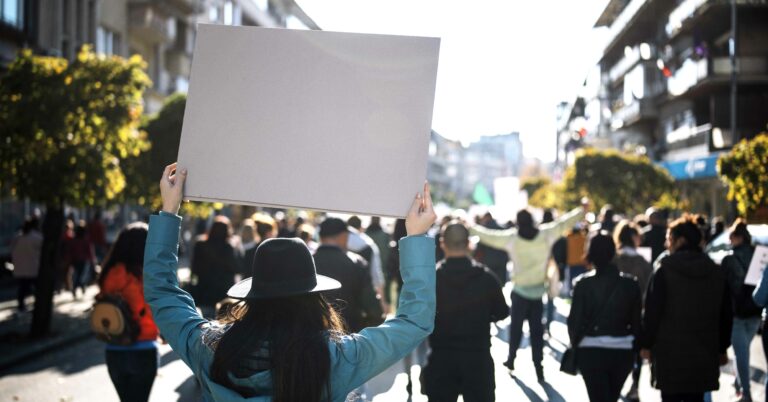 One in four Americans fear “cancel culture” could risk their job or education, new study finds

In the home of the brave, more say they are afraid to speak up than ever before.

About 40 percent of Americans today report keeping quiet — holding back from expressing their true beliefs for fear of reprisal. This figure is particularly astounding when compared to the 1950s during McCarthyism: Back then, only 13 percent of Americans reported self-censorship.

Various factors affect people’s decisions about when to speak up and when to hold our tongues. Sometimes it’s just good manners. Despite the habits many of us have developed with social media, often basic respect is reason not to say something.

Not every unexpressed thought or opinion is a loss. But many are — both for the person who didn’t share it and others who didn’t hear it.

There are legal factors, of course, such as laws that limit when and how people can express themselves. Almost 90 percent of public universities continue to restrict speech through speech codes, speech zones, and other written policies that restrict students and faculty’s ability to engage with new ideas and with each other.

These policies include speech restrictions such as limiting when and where students may speak outdoors, who they may associate with, or what they may say to one another — all of which are constitutionally suspect.

When the government, through a public university’s official policies, tells students that they may be subject to punishment — even expulsion — if they speak without official permission, in the wrong part of the quad, or in ways that others may take offense at, it will predictably chill students’ speech.

How these restrictions play out in practice would surprise many.

Students at a Michigan community college were arrested for distributing the Constitution on campus on Constitution Day because college officials claimed they were violating the school’s speech policies. And a Texas college dismissed faculty members who criticized the administration’s response to COVID-19 and signed a letter supporting removal of Confederate memorials.

This year alone, more than 30 states are currently considering nearly 40 bills that would not only restrict students’ speech but also limit the topics faculty can teach.

But given the clear movement by the Supreme Court and lower courts to defend free speech and association over the last five decades, including those repeatedly striking down unconstitutional campus speech policies, it is difficult to pin the blame for our self-censorship on the law alone. Something deeper seems to be at work.

Culture is a factor, too.

For example, recently released research finds nearly one in four Americans are “afraid to state certain opinions for fear of losing their jobs or their standings in school.”

While many people associated censorship with government’s ability to punish people for what they say, this survey, undertaken by the Foundation for Individual Rights in Education (FIRE), focuses on professional and social risks Americans feel they’ll take on if they speak out about certain issues.

“Cancel culture isn’t just about what gets said and then punished,” said FIRE Vice President of Communications Nico Perrino. “It’s also about what never gets said for fear of punishment. The chilling effect of self-censorship is real — and can have an alarming effect on how Americans communicate.”

However, people define these terms, the FIRE survey shows that Americans are responding to their implications — the possibility of being ostracized or losing one’s job — by changing their speech, from saying things they don’t believe to keeping quiet about their true beliefs.

American democracy cannot thrive when its citizens feel stifled. To ensure our public square remains a space for diverse voices to come together, debate, and discover new solutions for the challenges we face, free speech advocates must continue not just to defend civil liberties but to influence the culture to value free expression and diversity of perspective, too.