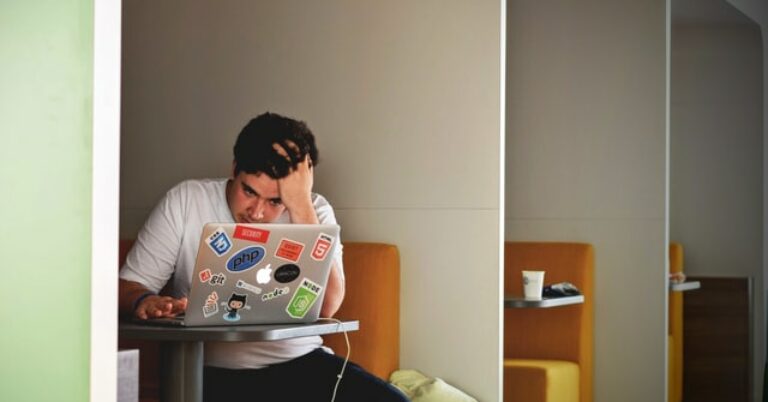 The escalating costs of higher education have pushed tens of millions of Americans to fall deep into debt before starting their careers. This troubling situation reflects decades of government policy errors that prioritized access over value but have undermined both. We need Congress to address the root causes.

And that brings us to what happened last week.

These imperial dictates compel Americans in general to foot the bill for hundreds of billions of dollars of student loans that they didn’t sign up for or directly benefit from. Biden’s actions will also grow the debt without addressing the drivers of explosive higher education prices.

But that’s policy. What it illustrates about the health of our governing institutions is far more dangerous and frightening.

At the least, it’s an abuse of purported emergency powers. The Biden administration found an old, vague law “intended to ease the burdens reservists and national guardsmen face when deploying,” as Concerned Veterans for America observed, and then they applied a novel and unintended but supposedly textually permissible interpretation.

Here they are misusing the HEROES Act of 2003, which was enacted in response to the Global War on Terrorism. It was set to expire in 2005, but Congress extended it and ultimately made it permanent in 2007.

The bill to make it permanent sailed through Congress just before the end of the fiscal year without so much as a committee hearing or markup or even a recorded vote in the House or Senate. It became law nine days after it was introduced.

This is a bipartisan problem:

This goes beyond a purported response to a public health emergency that no longer exists.

The administration is overstepping into legislative powers

With this step, the administration steps firmly into the legislative powers of appropriations and policy design. The Constitution states, “All legislative Powers herein granted shall be vested in a Congress of the United States, which shall consist of a Senate and House of Representatives.” Congress’ job is to use statutory law to define all powers exercised by any federal official.

The Supreme Court has begun to rein in excessive delegation by limiting the scope of major questions that can be left to the administration. Its justices have also challenged court deference to agency rulemaking and other types of executive overreach. Yet the Court’s ability to stem the tide is limited.

A dysfunctional, undisciplined Congress is the source of our democratic disorder. Members generally care more about the signal that legislation sends than the constellation of powers they provide the executive branch. As a result, they regularly approve sloppy laws without thinking through their implications.

The absence of consistent expectations, capacity, and incentives to legislate carefully and deliberately has transformed Congress, and not for the better.

In Congress, the path of least resistance and the ability to claim “wins” is to write something vague, say you did something, and then let some agency figure out the details. If you like what the agency does, you praise it and take credit, and if you don’t, you take credit for good intentions and deflect blame onto someone else.

Taken to its logical conclusion, the pattern of vague laws that delegate both program design and spending powers to the administration make the executive branch too powerful and Congress too weak. As we’ve shifted from a constitutional republic toward an imperial presidency, the stakes of each election have increased enormously. It polarizes not only politics and government but also society in general.

What steps can be taken to reverse executive overreach and strengthen Congress?

Reversing these trends will take time and effort, but it can be done. Broader, systemic reforms provide more scope for sustained success than narrow reactions to specific executive actions that presidents can usually veto.

Senator Mike Lee and Representative Chip Roy have proposed the ARTICLE ONE Act to set time limits on declarations under the National Emergencies Act of 1976 unless Congress affirmatively approves the declaration. Senior Democrats included those provisions in the Congressional Power of the Purse Act. This principle can be extended to emergencies declared under the Stafford Act, the International Emergency Economic Powers Act, and otherwise.

Reclaim Congress’s powers of the purse: The Biden Administration’s student loan actions will transfer roughly half a trillion dollars from taxpayers at large to those with student loans.

The law that would otherwise prevent executive branch spending without Congress’ explicit approval, the Anti-Deficiency Act (ADA), has a loophole. Congress could amend the ADA so it gets to decide whether to approve an increase in spending or a reduction in revenue beyond a minimum threshold.

In addition, a comprehensive budget each year with all spending and revenue would empower Congress to manage the entire budget. Congress would have a regular opportunity to review and challenge executive actions with major budget impacts, among many other benefits.

Revive authorizing committees: Each house of Congress has an extensive set of committees with jurisdiction over defined subject areas and the laws that shape federal policy in those areas.

Congress lacks clear expectations and incentives to regularly review the laws within their jurisdictions, however.

Perhaps the power entrusted to committee and subcommittee leaders should be paired with the responsibility to review and update policies as circumstances allow. Ensuring floor time for committee-approved legislation would encourage committees to get their work done.

Committees that are representative samples of their house of Congress as a whole could help committee members negotiate legislation that is more likely to pass muster with their colleagues overall.

Finally, an index to clarify which committees are responsible for which laws would support this work and help members find the overlaps between their interests and their committee assignments.

A revitalized Congress would lead to constructive policymaking

Decades of neglecting the institution of Congress have let vague and out-of-date laws accumulate. Executive branch officials have taken advantage to expand their authority and supplant the people’s representatives in Congress on major policy decisions.

Whatever the answers should be, decisions on student loans, border barriers, and much more properly belong to Congress.

Ultimately, it’s up to members of Congress to restore American democracy and refocus each branch of the government on its core responsibilities. Many minds will need to be involved, so incentives and expectations are crucial.

A revitalized Congress can not only solve more problems for the American people but also begin to replace destructive polarization with constructive policymaking.