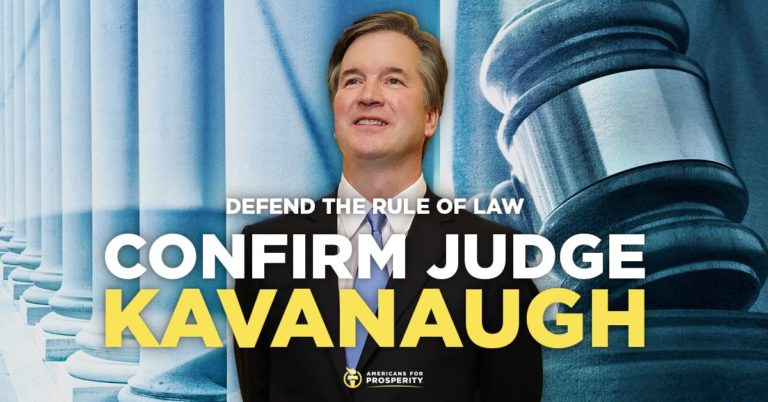 Charleston, W. Va. – Americans for Prosperity today announced a six-figure direct mail and digital ad campaign as part of the organization’s multimillion-dollar effort to support Judge Brett Kavanaugh’s confirmation to the U.S. Supreme Court. This week, Mountaineers will receive mailers highlighting Judge Kavanaugh’s demonstrated commitment to defending the Constitution and interpreting the law as written – not legislating from the bench—asking them to contact Senator Manchin and urge him to support Judge Kavanaugh’s nomination. 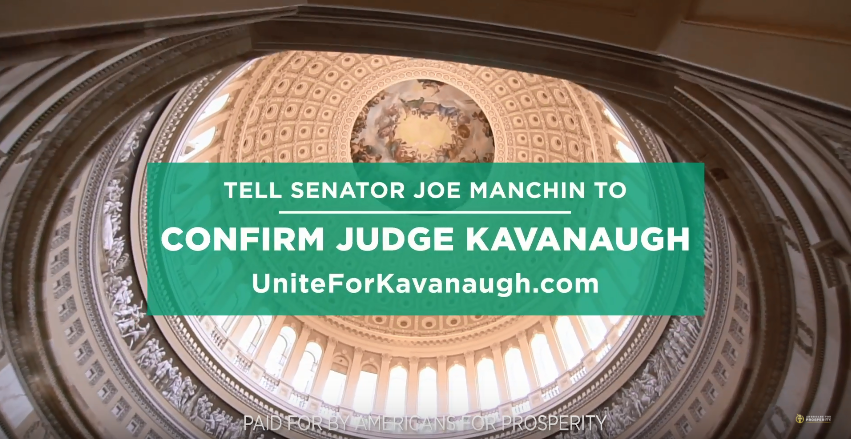 View an example of the mail here: 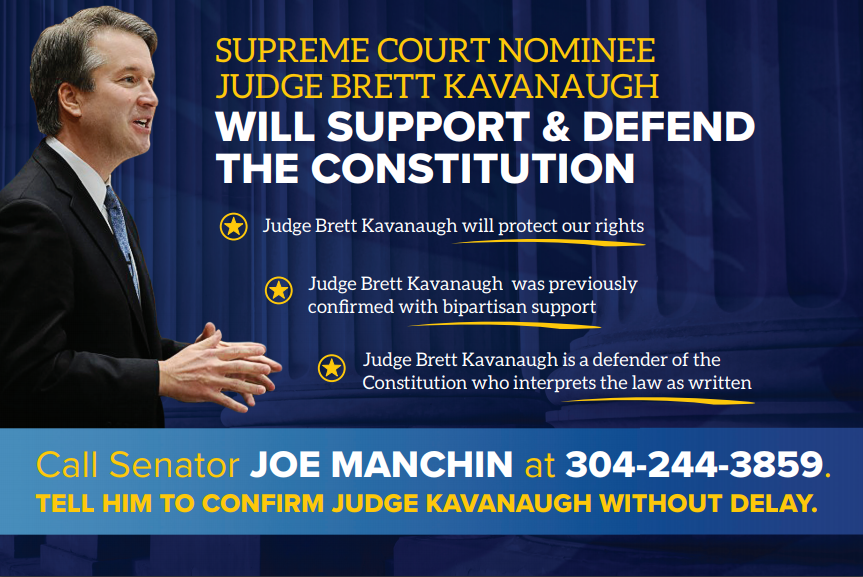 Americans for Prosperity has committed seven figures to paid advertising and grassroots engagement in support of Judge Kavanaugh’s confirmation. Door and phone scripts have already been deployed to each of the 36 AFP state chapters, and this is the first round of mail, door hangers and digital ads that will be deployed in West Virginia, Indiana, North Dakota, Florida, Missouri, Pennsylvania, Montana, Ohio, Michigan, and Alabama.  AFP will host events, tele-townhalls, and Facebook Live conversations with key lawmakers about the proper role of courts, and the importance of confirming judges who interpret the law as written.

For further information or an interview, reach Jason Huffman at JHuffman@afphq.org.