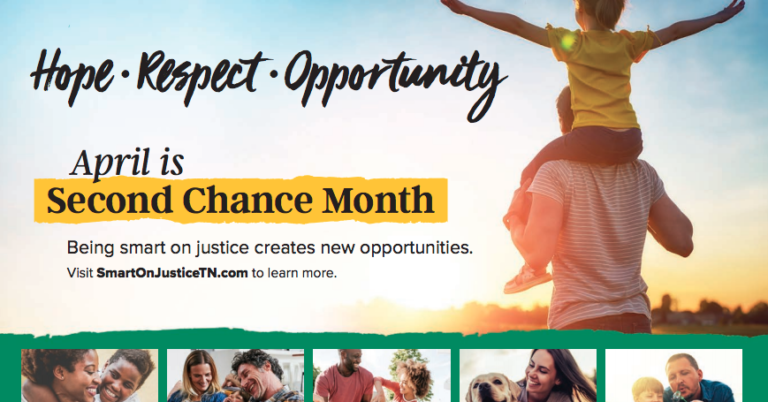 The six-figure effort highlights important state-level progress that has been made to reduce barriers for people with criminal records who want to become productive, law-abiding members of their communities. The initiative comes as lawmakers, groups, and individuals from across the nation celebrate national Second Chance Month.

“On the heels of the First Step Act, we’re recognizing policymakers from around the country on both sides who are helping take the next step on criminal justice reform. These lawmakers understand that the best way to protect and strengthen our communities is through a smart on crime, soft on taxpayers approach that breaks down barriers for those who want to contribute positively to society. People who make mistakes have the extraordinary potential to change – we’re proud to stand with so many elected officials who share this belief.”

The mail will go to constituents in Iowa, Montana, Utah, Kentucky, South Dakota, Virginia, Missouri, Tennessee, Florida, and Wisconsin – places where AFP has worked tirelessly with an array of allies to move criminal justice reform forward.

The direct mail campaign comes during national Second Chance Month, as proclaimed by the White House and several other states and cities.

Separately, Americans for Prosperity and Freedom Partners Chamber of Commerce today submitted a formal response to a proposed rule from the U.S. Office of Personnel Management (OPM) that would discourage federal job-seekers who may have committed a previous low-level offense.

OPM’s proposal would require job applicants to disclose any contact with the criminal justice system, even if it did not result in a conviction. This would include participation in diversion programs that judges and prosecutors deem appropriate for keeping people out of the system. Currently, OPM only asks applicants whether they have been convicted of any crime or offense.

“The point of diversion programs is to provide defendants an opportunity to avoid the harmful employment consequences that a conviction record creates and a second chance to realize their full potential,” the letter points out. “This proposed rule would nullify these programs’ benefits for federal job-seekers.”

On April 1, President Trump hosted a celebration of the federal First Step Act during which he pledged to take more steps to improve the federal criminal justice reform. “The Second Step Act,” he said, “will be focused on successful re-entry and reduce unemployment for Americans with past criminal records.”

The letter notes that the proposed rule “would directly undermine the President’s criminal justice reform agenda by stymieing re-entry efforts recently highlighted at the White House earlier this month.”

AFP proudly supports the federal First Step Act and is currently working to ensure the law is fully implemented and funded, so its full benefit will be realized. To learn more, click here to see our national action page.