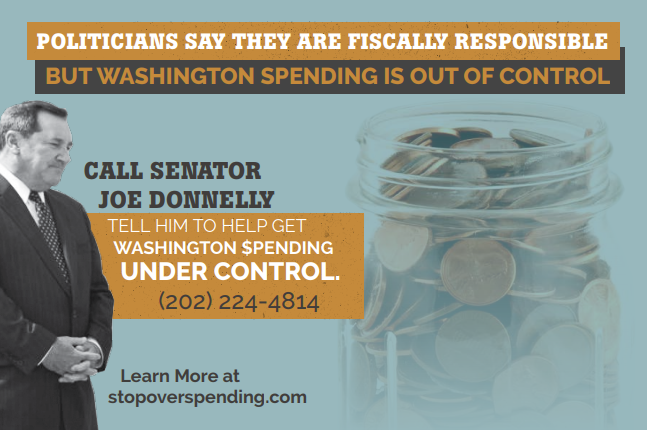 “Too often Washington lawmakers pay lip service to fiscal restraint only to then rubber-stamp the wasteful spending Hoosiers elected them to reject.

Sen. Donnelly’s vote against Trump’s spending cuts is a betrayal of taxpayers’ trust. Our activists are eager to hold him accountable.”

AFP also outlined principles to safeguard the financial future of all Americans through responsible federal spending.