Indianapolis, Ind. – Americans for Prosperity (AFP) today announced the start of a major campaign that will hold Rep. Pete Visclosky accountable for his record on wasteful spending. 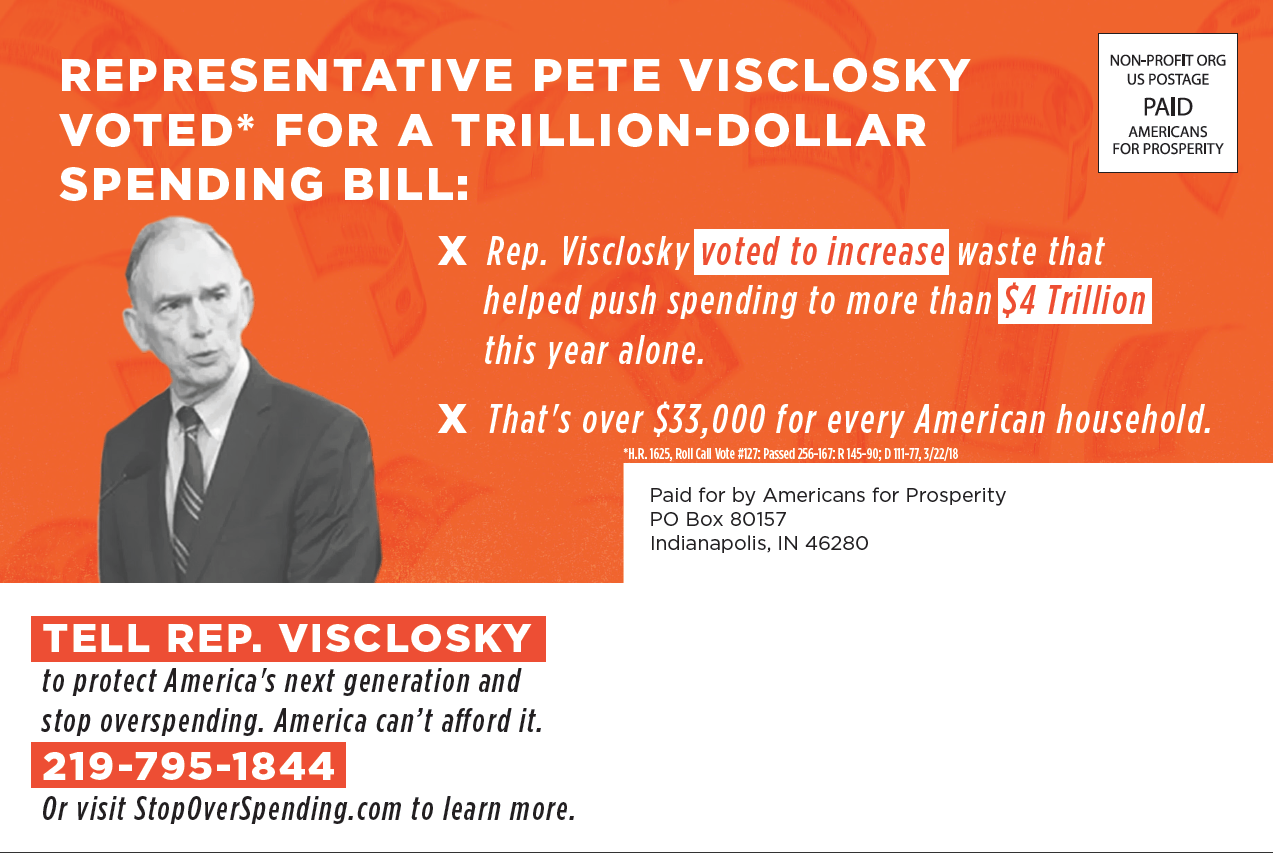 “Representative Visclosky might speak to the importance of fiscal discipline but his support of the $1.3 trillion spending bill proves he’s just another rubber stamp for runaway spending and a poor steward of the Hoosier taxpayer,” said Justin Stevens, AFP-IN State Director. “It’s time to hold our lawmakers accountable and restore the fiscal restraint that Rep. Visclosky promised Hoosiers he would bring to Washington. We urge Rep. Visclosky to stop overspending and be a better steward of Hoosier’s hard-earned money.”

In his own words: