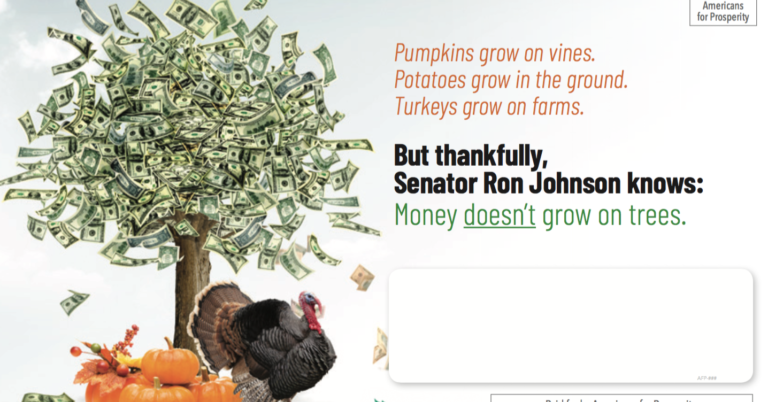 ARLINGTON, Va. – Today, Americans for Prosperity announced a robust six-figure direct mail and digital campaign focused on bringing Republicans and Democrats together to take on tough challenges, including passing the FIRST STEP Act, reining-in government spending, and promoting free trade policies. Over the Thanksgiving holiday, Americans in more than 40 states will receive mailers thanking leaders in the U.S. Senate and House of Representatives who’ve championed these issues and urging others to bridge their partisan divides to solve some of the biggest issues facing our nation.

“As Americans gather around the table to give thanks, we want to take the opportunity to bring people together to address some of the toughest problems facing our country. After Thanksgiving, there is still crucial work to be done in Washington, and the more lawmakers work together, the better — whether that’s passing the FIRST STEP Act, addressing out-of-control spending, or promoting free trade. Many lawmakers are already leading by driving progress on these issues, and we invite anyone who’s willing to join with us to help get the job done.”

AFP is dedicated to building policy coalitions with members of both parties to help fix our broken criminal justice system, rein in spending, provide a solution for Dreamers, and promote American trade.