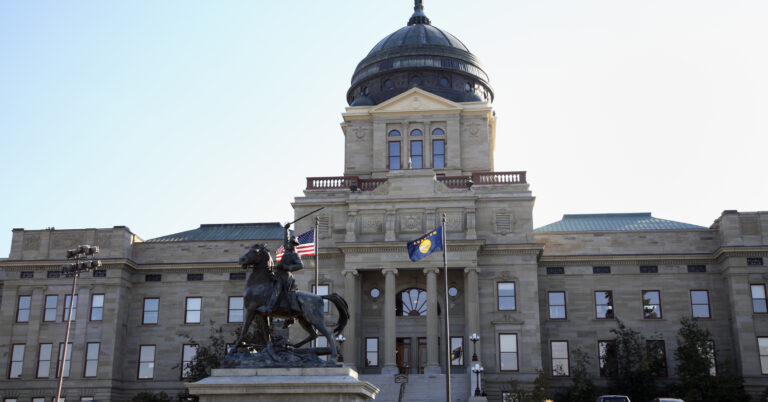 Brad Tschida: An experienced and effective advocate for Montana

Brad Tschida has served in the state legislature since 2015, including a two-year stint as House majority leader from 2019 to 2021.

Over the past seven years, Tschida has been a leader on the issues most important to Montanans, from education to health care, from regulatory reform to energy policy.

He is now running to represent the 49th District in the state Senate.

As a former teacher and school administrator, Tschida can call on his professional experience and leadership to play a crucial role in giving every Montana student the education that best fits their needs.

He supports introducing public charter schools to give families more choices, and education scholarship accounts and tax credit scholarships as ways to help families find the right education for their kids.

And his 12 years of experience in the school system means he knows where the ultimate authority lies.

As House Majority Leader, Tschida championed regulatory reform, playing a key role in enhancing legislative oversight of the use of emergency powers by the governor, other members of the executive branch, and at the local level.

He is also a supporter of the REINS Act, which would require a study to determine the economic impact of proposed regulations, and to determine if there’s a more cost-effective way to get the same results.

Any rule that exceeds $2.5 million dollars in economic impact would have to be approved by the legislature (giving the people of Montana a more direct voice in writing the rules that govern our lives) or be revised to bring it under the trigger amount.

Tschida is a strong supporter of reforming zoning and land use restrictions. He opposes using tax dollars to subsidize renewable energy companies and has consistently supported reducing or eliminating arbitrary renewable energy mandates that drive up the cost of heating and cooling our homes and saddle us with a less reliable electric grid.

Because Medicaid is a failed program that costs too much and delivers too little, Tschida opposed its expansion. “There are ways to get coverage for individuals who need it and to improve the health care system without all the federal regulations that Medicaid/Obamacare imposed,” he says.

He has supported more effective means of boosting access and holding down costs, including direct patient care and expanded use of telehealth.

Tschida has also been a leader on overhauling the state’s certificate-of-need laws, which restrict providers from increasing access to care, reduce competition, and drive-up costs for patients.

On taxes, criminal justice reform, and a host of other issues, Brad Tschida has been a leader in the cause of more liberty for Montanans and less government intrusion into our lives, promoting prosperity and economic growth with practical solutions that empower individuals and small businesses.