Field elaborated on Judge Kavanaugh’s qualifications, experience and judicial philosophy and underscored the importance of seating principled jurists to the bench. 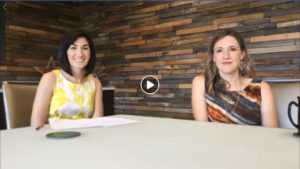 Field first discussed how Judge Kavanaugh exemplifies the qualities of an experienced and principled jurist:

Judge Kavanaugh was originally confirmed to the D.C. Circuit Court in 2006, so he’s been on the federal bench for 12 years…He was confirmed by a bipartisan vote.

He has since authored more than 300 opinions, at least 13 of which have been adopted by the Supreme Court.

He has [shown] the intellectual fortitude to be a strong member of the Supreme Court.

Field further explained the importance of confirming principled judges to the Supreme Court and how this affects ordinary Americans:

The Supreme Court tackles issues that affect our daily lives. It matters who is on the Court…and we need to have judges who understand a restrained judicial philosophy.

Some people talk about how they [think or want] him to rule on different issues – they think [a Supreme Court justice] should be a legislator in a robe.

We [as AFP] believe judges should call balls and strikes and act as umpires in the Court – they should interpret the law as written.

We were actively involved in Justice Gorsuch’s confirmation fight…now, it’s been three weeks since [the president’s announcement of Kavanaugh as the Supreme Court nominee], and we have already exceeded our numbers on the ground from last year. We are connecting with folks in their own communities through knocking on doors, making phone calls and holding events.

Clearly, AFP is committed to making sure Judge Kavanaugh receives a timely confirmation. He is an eminently qualified nominee and a principled jurist who would uphold our Constitution and interpret the law as written.

It’s time for the Senate to act. Urge your senator to confirm Judge Kavanaugh to the Supreme Court today!