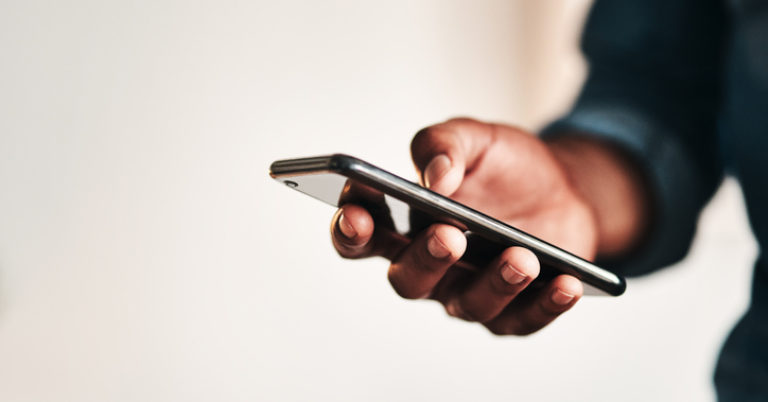 The Supreme Court, smart phones, and a question of privacy rights in the digital age

Half a decades’ worth of family pictures, my banking app, and a recent, highly charged text stream debating holding calls at the Super Bowl. That’s a starting list of everything on my phone without even getting to the second screen of apps. Hundreds of millions of other Americans store personal information on their phone too.

What if the information in your phone might help the government prosecute you? Should you have to say the password, and thus testify against yourself?  That’s a question the U.S. Supreme Court may consider in the next few months in Andrews v. New Jersey.

Applying the Fifth Amendment in the digital age

Perhaps the Fifth Amendment’s most famous protection is the right against self-incrimination. As it reads, no person “shall be compelled in any criminal case to be a witness against himself[.]” At first blush, this seems straightforward. If I’m accused of a crime, I don’t have to give any testimony that could lead to my conviction.

Unfortunately, courts have struggled to apply this to the digital age, particularly when it comes to entering passwords into a phone. Your  password, after all, is stored in your head. If your phone contains potentially incriminating information, and you’re asked to produce the password, aren’t you being asked to testify against yourself?

Courts have failed to come to a universal conclusion on this. It’s time for the Supreme Court to step in and enforce the proper, originalist meaning of the Fifth Amendment.

A brief authored by the Cordell Institute at Washington University in St. Louis, and joined by the Rutherford Institute and Americans for Prosperity Foundation (AFP’s sister organization), argues for just that outcome.

This Court’s current and historical understanding of the right against self-incrimination has always aligned with its common law origins, under which the Fifth Amendment prohibits the government from subjecting a person to the cruel trilemma of telling the truth and accusing oneself, committing perjury, or declining to answer and being held in contempt.

The brief addresses a ruling by the New Jersey Supreme Court, which held that a criminal defendant must be forced to enter his password into his phone, even if doing so could lead to evidence that incriminates him.

The lower court reasoned that this act isn’t protected by the Fifth Amendment, applying an outdated and narrow exception called the “foregone conclusion doctrine.” That means if it’s a “foregone conclusion” that the information in the device exists, is in the defendant’s possession, and is authentic, then he can be compelled to testify against himself by producing the password.

This turns the Fifth Amendment and its history on its head.

One of the primary reasons the founders wrote the Fifth Amendment was to avoid the historic abuses of England’s Star Chamber and High Commission. There, they would force the accused to take an oath to answer all questions truthfully. The accused would then be presented with a series of questions, often aimed at their religious beliefs, where an affirmative answer would incriminate them under English law. Thus, they were faced with the “cruel trilemma”—either fail to answer, and be held in contempt; lie, and commit perjury; or tell the truth, and be incriminated by your own statements.

As the brief argues, this “cruel trilemma” and other concerns about self-accusation undergirded our founders’ thinking when they wrote the expansive and well-understood Fifth Amendment.

But courts now threaten this protection by forcing individuals, like the defendant here, straight into the cruel trilemma. Either refuse to produce the phone password from his brain—a testimony—and be held in contempt, give it up and hand over possibly incriminating evidence to the police, or lie about the password and face perjury charges.

One of the first times any court approached this issue of compelled decryption was in the case of United States v. Burr, where Aaron Burr’s (yes—THAT Aaron Burr) secretary was asked by the government to describe the contents of an encrypted letter. He refused, and the court agreed, holding that this would “obviously” infringe on the right against self-incrimination.

One might argue that the password itself isn’t incriminating—after all, it’s just a series of numbers. But courts have consistently held that any “link in the chain of evidence” that could lead to incriminating evidence is covered by the Fifth Amendment. As the brief painstakingly develops, this is wholly supported by the history and text of the Constitution.  And it should apply to phone passwords too.

In our developing digital world, this protection is paramount. As the Supreme Court itself has recognized, a search of your phone can often be even more invasive than a search of your house. No American should be forced into the Star Chamber’s cruel trilemma when it comes to the contents of his phone. Unfortunately, lower courts have struggled to come to any cohesive standard to apply to production of phone passwords, causing a splinter that the Supreme Court must resolve. This is the case to do so, and we hope the Court grants certiorari.

Learn more about this and other civil liberty work here.