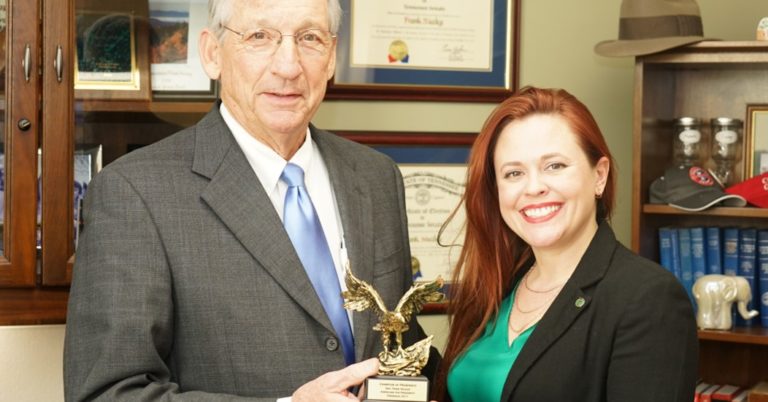 “Senator Niceley is a favorite of our activists – he always has an interesting story to tell and a voting record that supports fiscally conservative principles, said AFP-TN State Director Tori Venable. “He was one of the few in the Senate who stood against the gas tax hike and is a rightful recipient of our Champion of Prosperity award.”

The “Champion of Prosperity” award is given to lawmakers who have distinguished themselves by scoring 90 or higher on AFP-TN’s biannual legislative scorecard, which measures lawmakers’ allegiance to economic freedom and fiscal responsibility. Sen Niceley has been named a “Taxpayer Hero” with a score of 91.

“I appreciate the award from Americans for Prosperity. We’re rarely on opposite sides. Freedom sells well on any street corner,” Niceley said.