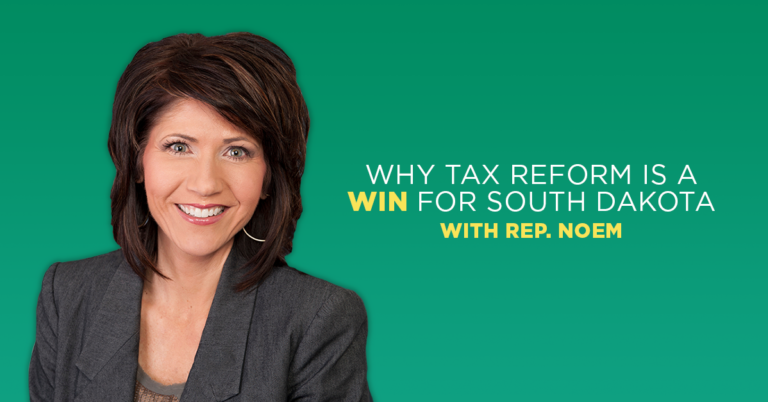 In case you missed it, Rep. Kristi Noem sat down with Americans for Prosperity to discuss the recently passed tax reform package and how it will affect South Dakotans. In short, this reform bill is great for South Dakota.

Rep. Noem was instrumental in crafting the Tax Cuts and Jobs Act, keeping in mind small business owners, farmers and rural communities in her home state. South Dakota families and small businesses need tax breaks and opportunity to grow and thrive. Now they have it.

Rep. Noem has a personal story that influences her fight for tax reform in Washington.

After her father’s death, her family was hit with the “death tax” on his estate. Noem called the ridiculous tax “unamerican and unfair.”

Her goal on the House Ways and Means Committee was not “to come in and change the code, we came in with the goal of fixing it.”

Those fixes to the tax code are manifested in lower individual rates, a doubled standard deduction and much lower corporate rates.

That leaves more money in the pockets of those who earned it and allows South Dakota businesses to reinvest in their companies and employees.

Thank Rep. Noem and other lawmakers for supporting tax reform.