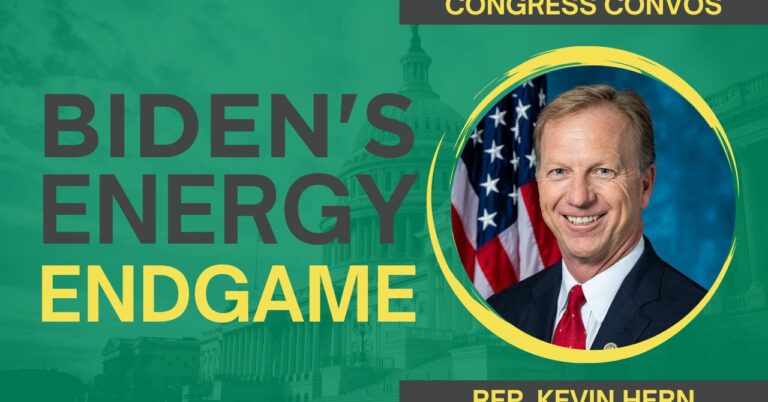 “Inflation didn’t start with the Ukraine war,” Hern argued. Indeed, as the congressman noted, the United States has not produced a balanced federal budget in more than 20 years.

Since then, according to Hern, federal revenues have risen 140%, but spending went up 350%. When Congress spends too much, the Federal Reserve may have to buy the debt with printed money, which drives inflation.

Hern said Congress must take a “holistic approach to righting our fiscal ship.” Specifically, he indicated lawmakers need to get the annual federal spending bills done on time – or face consequences when they cannot do so.

Hern has voted against big budget bills, including the Inflation Reduction Act. He said the idea that this legislation will reduce inflation is “absolutely ludicrous.”

In addition to driving higher inflation by undermining growth, Hern said the IRA’s 15% corporate minimum tax will make it more difficult for businesses to make ends meet. In fact, companies already have told Hern they might move their operations overseas because of the IRA.

Hern is a small business owner himself. He owned a McDonald’s franchise and has operated or created businesses in the technology, manufacturing, and financial services sectors.

Democrats are just “trying to raise taxes on the people they’ve been blaming and beating up for the last four years,” Hern concluded.

Energy policy doesn’t have to be a zero sum game, according to Rep. Kevin Hern

American businesses need “reliable, predictable energy” sources in order to operate and thrive, Hern said. The United States should produce electric vehicles, but lawmakers do not need to destroy other energy subsectors to do that, Hern explained.

These states are leading an energy revolution while refusing to play a zero sum game.

Hern said gas prices will start to rise again if lawmakers do not concentrate on implementing an all-of-the above energy policy. He is worried that home heating prices could double or triple this winter.

“We need to be an all of the above energy generator,” Hern concluded.