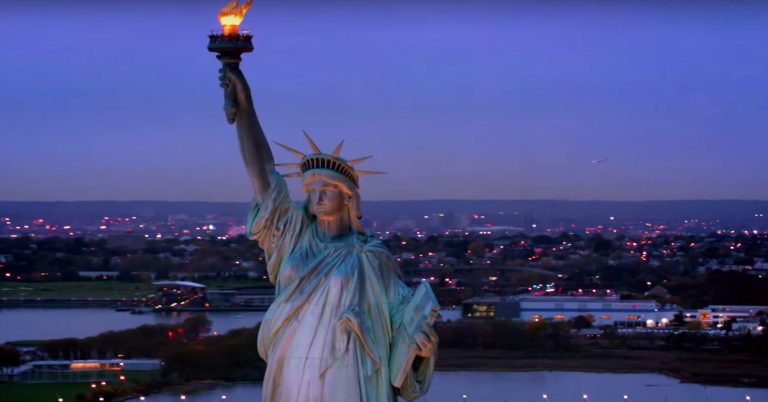 For 50 years, the U.S. Refugee Resettlement Program has been one of the most effective ways of carrying out our refugee policies where we welcome refugees fleeing oppression, persecution, violence and genocide.

As a result, people from all over the world have been able to live and work here legally, while also filling critical labor shortage needs and revitalizing our local communities.

In September 2019, President Donald Trump issued Executive Order 13888 requiring states to formally consent to the resettling of refugees in their states during FY2020.

Unfortunately, there is a lot of misinformation about the Executive Order and the Refugee Resettlement Program. Below are just a handful of the many myths surrounding refugees and this program.

Fact: Refugees are people who have been forced to flee their countries due to a well-founded fear that they will be persecuted for their religion, ethnicity, or membership to a group. After being interviewed and screened by the United Nations, a select number of applicants are referred to a country for resettlement. Refugees don’t choose the country they get referred to, and the overall likelihood of being resettled in the U.S. is very low. Of the millions of refugees that register with the U.N., less than 1 percent get resettled in the U.S. each year.

2. Myth: Refugees are a threat to national security because America is not properly vetting them.

Fact: Refugees are the most heavily vetted immigrant group in the U.S. They undergo a series of screenings, interviews, and background checks by multiple law enforcement agencies including the State Department, Department of Homeland Security, and U.S. Citizenship and Immigration Services. Security reviews also utilize data from the FBI, the Department of Defense, and the National Counterterrorism Center. On average, the resettlement process takes nearly two years. Since the Refugee Program was created in 1980, no person on U.S. soil has been killed by a refugee in a terrorist attack.

3. Myth: Refugees shouldn’t be coming to America when they can seek safety in a neighboring country.

4. Myth: Most of the refugees today are applying for entry at the U.S. border.

Fact: There’s a legal distinction between refugees and asylum seekers. Those applying for entry at the U.S. border are applying for asylum. Those who apply for refugee status have their claims heard overseas and are then referred to the U.S. State Department for consideration.

5. Myth: Letting in too many refugees will make our communities less safe and increase crime.

Fact: There is no evidence that refugees cause more crime than U.S. born citizens. In fact, violent and property crime fell dramatically in 9 of the 10 cities that experienced the largest percentage increase in refugee driven population growth between 2005-2017.

6. Myth: Refugees are a drain on the system, and continuing to cut the numbers that America takes in will save U.S. taxpayer dollars.

Fact: On average, refugees pay $21,000 more in taxes than they receive in benefits over their first 20 years in America. The Trump Administration found that between 2005-2014 refugees contributed nearly $270 billion in revenue to all levels of government. The report found that refugees were a net fiscal benefit of $63 billion: A fiscally net positive impact of roughly $41 billion to the federal government and a net positive fiscal impact of roughly $22 billion to state and local governments. Moreover, refugees’ higher than average rate of entrepreneurship means they play an outsized role in creating businesses. In 2015 alone, refugee-owned businesses generated $4.6 billion in income.

7. Myth: Refugees are failing to assimilate in America because they’re not adequately learning English.

Fact: A majority of refugees that have lived in America for less than 10 years are proficient in English, and three out of four refugees who arrived in the U.S 20-30 years ago are now English proficient.

Now that you have the facts, are you ready to take action? Click here to thank Indiana Gov. Eric Holcomb for supporting refugee resettlement.