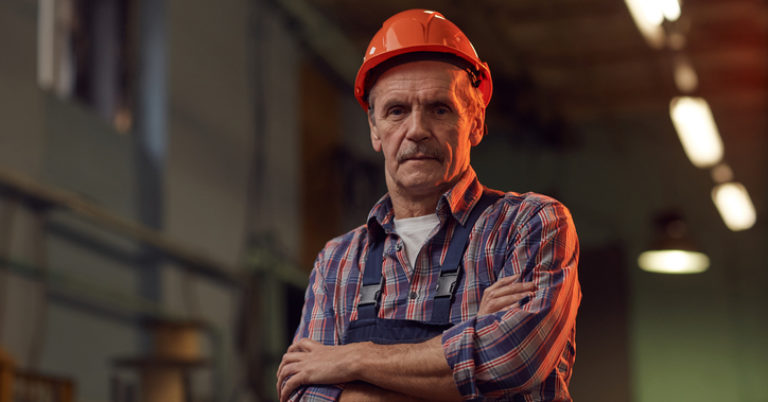 On March 8, Americans for Prosperity co-hosted a virtual briefing with the Institute for the American Worker (I4AW) and the State Policy Network that explored how H.R. 842, the Protecting the Right to Organize Act will harm workers, entrepreneurs and job creators.

Broadly, as I4AW President Vincent Vernuccio explained, the PRO Act would weaken worker freedom and protections, increase burdens on small business and jeopardize the ability of independent workers to support their families.

“This legislation is a smorgasbord of bad ideas,” said Vernuccio.

Business would face fines and back taxes

One of the PRO Act’s most problematic provisions is that it would implement a new test for determining whether an individual is an independent contractor or an employee. The proposed test is the same one put into place in California. Panelist and California freelance writer Karen Anderson outlined how independent workers have suffered as a result.

“Law firms across the Golden State have encouraged businesses to stay away from California independent contractors because they are radioactive,” said Anderson.

If the state finds that a business has misclassified an individual as an independent contractor when he or she should be an employee, the business is forced to pay a fine, along with back taxes and benefits. Anderson said one female entrepreneur who is part of her Facebook group, Freelancers Against AB 5, was told by a state auditor that if she could not pay the fines, the state government would put a lien on her house.

The threat has businesses running scared. Many event and wedding planners are independent contractors. Anderson said, “Companies don’t want to bring events to California because this law is a landmine.”

Employees’ civil and property rights would be eroded 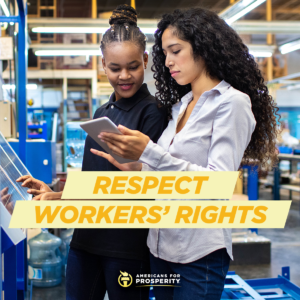 The PRO Act also would overturn right to work laws that currently are on the books in 27 states. These laws protect more than 2.8 million workers.

Terry Bowman, a labor reform activist who also is an employee at Ford Motor Company, said the PRO Act is “profoundly anti-worker” because it would erode employees’ civil and property rights. The legislation, for example, could mean workers lose their jobs if they refuse to join a labor union or refuse to pay union dues.

Bowman noted the legislation comes at a time when there are several federal corruption cases involving labor unions. “This bill would take away one of the only ways workers can hold unions accountable,” he said. Workers should not have to “surrender” their wages to union leaders they cannot trust, Bowman concluded.

Former NFL player and current Dunkin’ Donuts store owner Damon Dunn discussed how the PRO Act would impact franchise owners. Specifically, the PRO Act would make a franchisor liable for any labor or safety violation that happened at one of their franchisees’ stores—even though those stores are owned by individuals and operate independently.

“If Dunkin’ is going to take all of the risk, they are going to want all of the reward,” Dunn said. If the PRO Act is signed into law, Dunn said he expected that franchise companies like Dunkin Donuts would remodel themselves into corporations where control is more centralized.

What would that mean for Dunn and the United States’ nearly 750,000 franchisees? “We would go from being an entrepreneur to an employee,” he said, taking a pay cut of around $200,000 annually as a result. That devastation would come after the difficult pandemic year franchises just endured. According to the International Franchise Association, franchise employment declined by 11.2 percent to 7.5 million and lost approximately 940,000 jobs during 2020.

Dunn said franchises are especially important in underserved and minority communities because they help individuals who have less access to capital become entrepreneurs. The relationship with companies like Dunkin’ Donuts also provides access to important training and operations tools an aspiring entrepreneur might not have.

The U.S. House of Representatives approved the PRO Act on March 9 even though, as Stand Together Vice President of Economic Opportunity Akash Chougule pointed out, House leaders did not hold a single hearing on the legislation.

The bill now goes to the Senate. Want to tell lawmakers that they should oppose this harmful bill? Use this link to send a letter to your senator in Congress asking he or she to oppose the PRO Act.