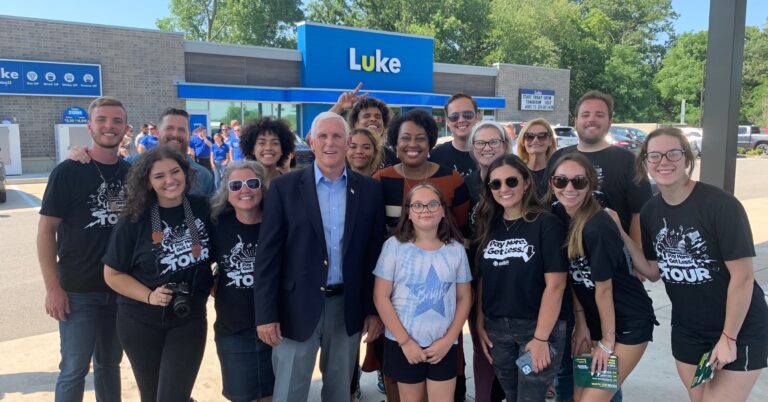 While the White House is touting a few weeks of gas price declines, Americans know the cost of gas over time has increased dramatically.

In fact, the average cost of gas in 2022 has not been below $4 a gallon since February.

Americans for Prosperity’s True Cost of Washington tour continues to travel across the United States, dropping gas prices for thousands of consumers and highlighting the affordable energy solutions that actually would reduce gas prices.

We had a huge day in Hobart, Indiana lowering the price of gas to $2.38 with former Vice President @Mike_Pence! Hoosier are struggling to make ends because of the #truecost of Washington! pic.twitter.com/pwXxlIHuv9

In a Twitter post, he noted that, in 2022, the average American will spend nearly $1,500 more on gasoline than they did in 2021. He also explained inflation means Americans are being forced to spend an extra $5,500 just to maintain their 2021 standard of living.

Bad policies have led to rising cost of gas over time

The former vice president joined AFP Managing Director Kent Strang to discuss the Biden administration policies that have led to a high cost of gas in 2022.

“By unleashing American energy, we can get America turned around.”

Incredible to have @Mike_Pence join the @AFPhq #TrueCost event in Hobart, Indiana.

We dropped the price of gas to $2.38 to highlight how Washington’s bad policies have driven up costs. #paymoregetless pic.twitter.com/DAmOfGxO1S

Vice President Pence said the Biden administration has shut down energy development, reduced leases for oil and gas exploration, and eliminated infrastructure projects like the Keystone XL Pipeline and Dakota Access Pipeline that would have transported energy in a more environmentally friendly way than by rail or truck.

These disastrous policies have had disastrous consequences. When the former vice president departed the White House on January 20, 2021, the average price of a gallon of gas was $2.38. Now it is well above $4 a gallon. 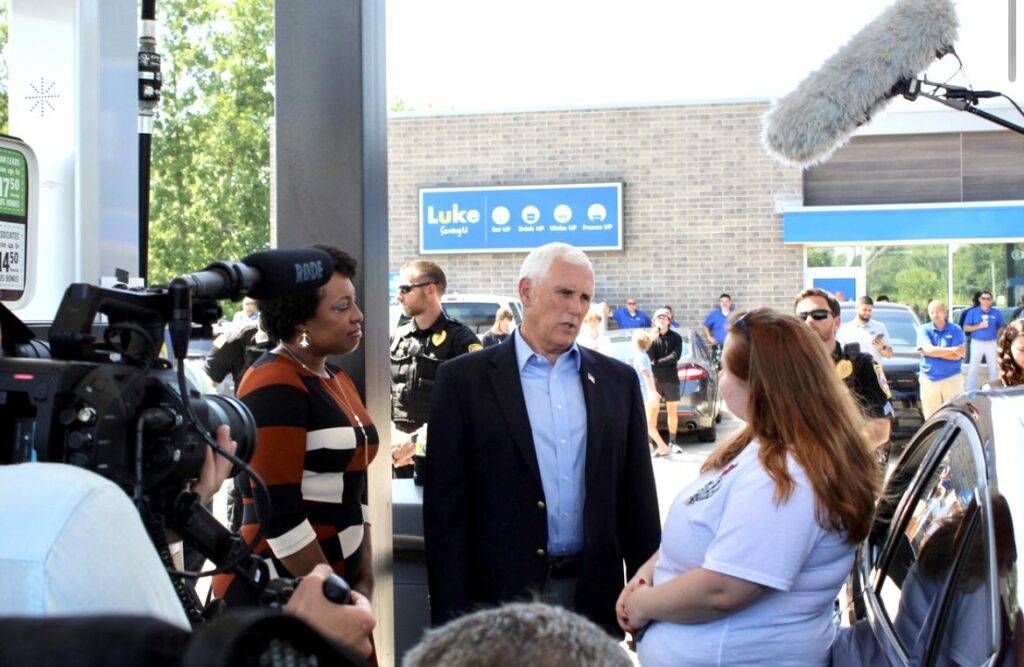 Hobart, Indiana – August 2, 2022: Former Vice President Mike Pence hears from customers about how the high cost of gas is affecting their families.

For nearly three hours on August 2, about 200 Hoosiers paid the January 2021 price of gas at Luke Convenience Store and Gas Station in Hobart. The Chicago Tribune, ABC-7 in Chicago, WGN-TV, and other media outlets covered the event.

“It was such a blessing, I saved about $20 in gas today,” Corey Laseter of Hobart told the Northwest Indiana Times. “To have someone to give back, for me to leave my house and see this surprise, it just makes my day.” 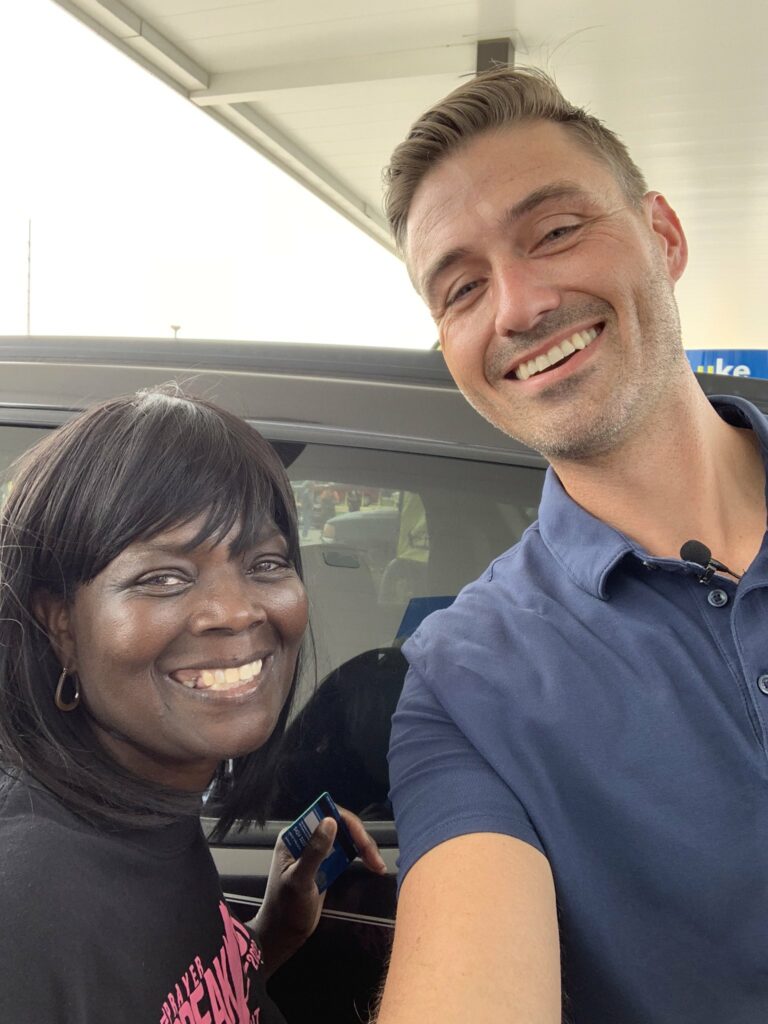 Niki was another customer who came by Luke to get gas. She is a foster mother of four who also has been raising her two grandchildren since her daughter passed away.

Niki is just one of the millions of Americans struggling to bear the burden of the rising cost of gas in 2022. She cried tears of joy when her tank was filled.

“You all brought real relief to Hoosiers today,” said the former vice president.

“We’re trying to use this [event] to provide some temporary relief, but really to highlight the good policies to get these prices down permanently and provide people permanent relief across the economy,” AFP-Indiana State Director Josh Webb told the Northwest Indiana Times.

The first step to reducing the cost of gas over time is to unleash production by expanding oil and gas exploration offshore and on public lands. Federal lawmakers also should:

“It doesn’t have to be this way. Allow the responsible development of all of America’s God-given natural resources. We will lower the cost of energy; we will become a net exporter of energy once again. By unleashing American energy, we’ll get America turned around.” 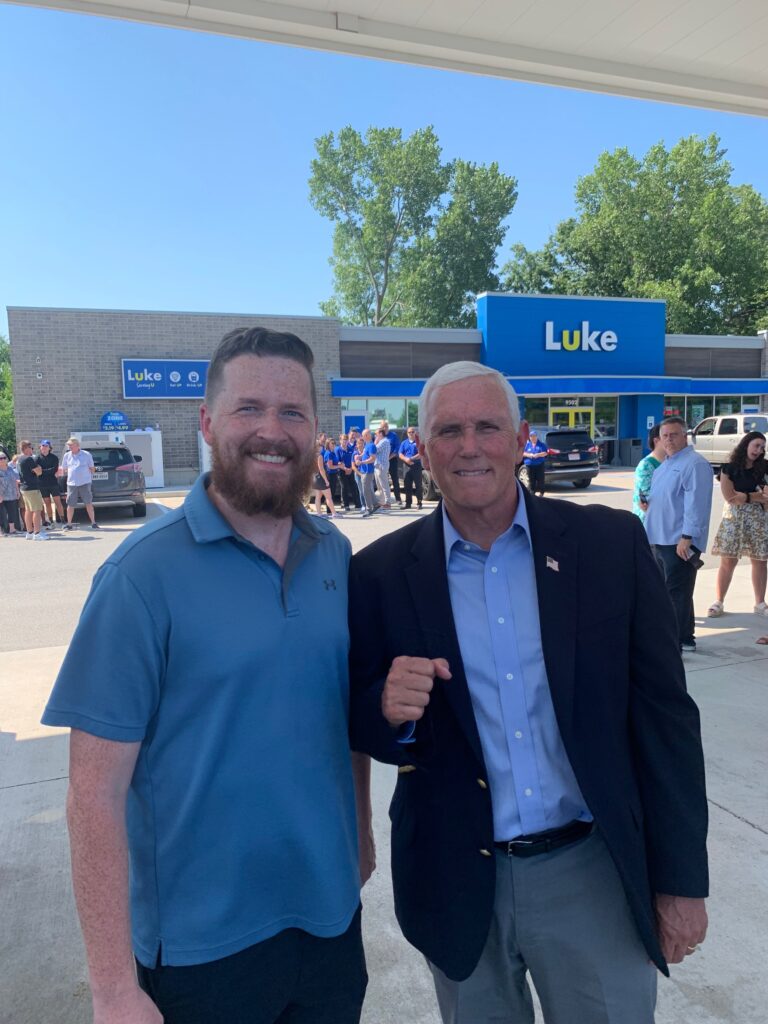 “With the high cost of gas and groceries families make real tradeoffs,” Strang said. “Many of the people at our Hobart event indicated that our event would allow them to get through the week or allow them to buy more groceries.”

Jayme Wampler of Portage told The Chicago Tribune inflation has kept her family at home more and that they are getting by with food stamps and a local food pantry.

Anton Jackson of Gary told the Northwest Indiana Times he has not been filling up his tank much because the cost of gas in 2022 is so high:

Join the movement to make life more affordable for all Americans.