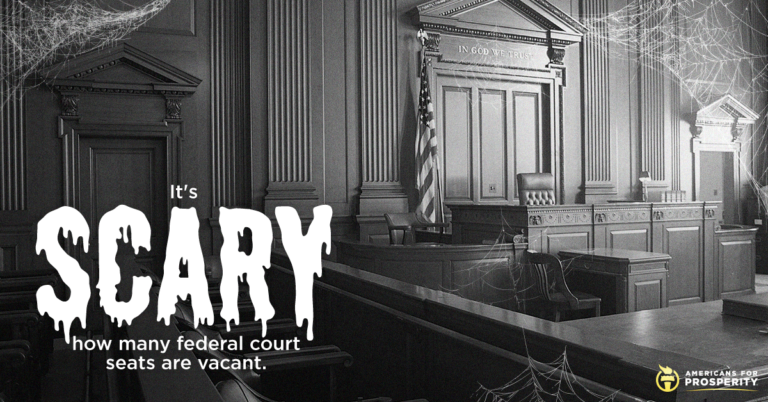 Let’s Dust the Cobwebs Off Our Skeletal Courts

What’s scarier than a vacancy at the Bates Motel? 132 vacancies on our nation’s federal courts.

Nearly half of those vacancies are classified as “judicial emergencies,” having long-vacant seats and an over-burdened caseloads.

Forget skeleton graveyards — these skeletal courts adjudicate many of our nation’s most imports cases. These cases, in turn, have real and lasting consequences for many Americans. Unfortunately, some obstructionists in the Senate have chosen a path of partisanship over the constitutional duty they have to our federal judiciary.

While the Senate’s partisanship has been a ghoulish sight to behold, perhaps worse are our nation’s overworked and understaffed courts. To dust off the cobwebs on our circuit and district courts, Sen. Chuck Grassley (R-Iowa), Chairman of the Senate Judiciary Committee, has been working overtime to confirm more judges by cutting through the red tape.

Sen. Grassley’s decision to waive the use of blue slips — actual blue slips of paper with which the senator from the home state of the judicial nominee can hold up the confirmation process — was the right move to ensure the timely confirmation of qualified judges who will protect the Constitution. Blue slips are an outdated tradition, much more likely to produce needless obstruction and delay than informed decision-making.

Let’s thank Sen. Grassley for his hard work in getting our country’s federal courts into working condition. There is still much work to do — but we’re on a good path toward ending this nightmare.