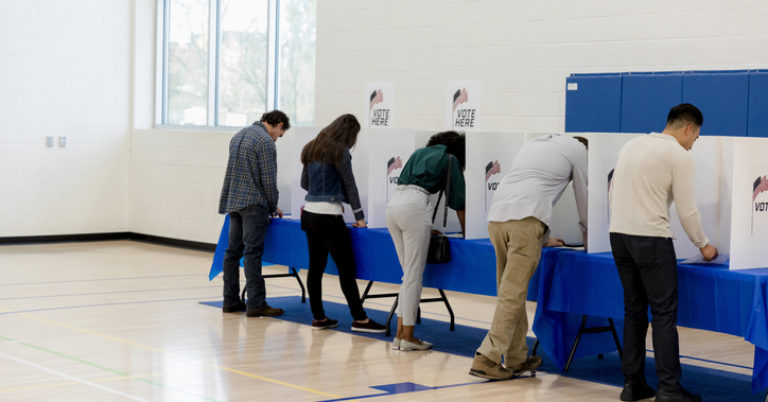 The 1920 presidential election was pivotal — but not because of who won.

That year, voter participation surged by close to 50 percent because America had finally granted women full suffrage through ratification of the 19th Amendment. Of course, elections have consequences. But in 1920, a larger principle prevailed: all Americans deserve the opportunity to educate themselves about their choices and have a voice in how we are governed.

A hundred years later, the underlying principle remains just as crucial. Policy is important, but people’s trust they can have a voice in the process is more important than the outcome of any one policy debate or election contest.

Why? Because the great American experiment cannot survive without that confidence.

A government “of the people, by the people, and for the people” — President Abraham Lincoln’s famous words in Gettysburg and often repeated throughout our history — is at the core of our American system of governance. The Constitution starts with “We the People”. The Declaration of Independence states that government derives its power “from the consent of the governed.” The people’s voice in government has driven our nation to live up to its founding ideals.

As we enter the final days of the 2020 election season, we remember our history. America’s process, though not perfect, is one of the best in the world bearing witness to over 250 years of elections and peaceful transfers or continuations of power. Yet, we live in a time of intense division and partisanship on all sides. Pew research shows that Americans’ trust in government and in each other is dropping. Such a polarized climate is ripe for exploitation by opportunists who may choose election season to disregard our country’s legacy in search of momentary partisan advantage.

That tendency isn’t limited to one side or the other. Regardless of the origin, it must be resisted. Preserving rules and norms to protect the trust in our election system is what made it possible for our republic to transcend partisanship and survive.

What does that mean on the ground?

America is resilient. Transparent and trustworthy elections select leaders for a period of time in our nation’s journey. Those who don’t like the results can get engaged to change the outcome of the policies that follow through activism and then support better leaders in the next election. Americans for Prosperity exists to empower people across the country to do just that.

Emily Seidel is chief executive officer of Americans for Prosperity.