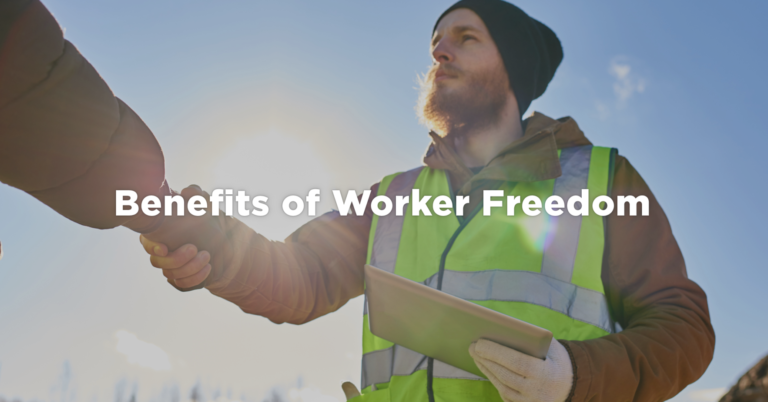 ICYMI: It’s time for Congress to bring labor laws into the 21st century

Americans for Prosperity Director of Policy Akash Chougule | The Hill

America is drastically different than it was in the 1940s, but there’s one thing that has remained largely the same — federal labor laws. The last time Congress passed major labor law reform was the Taft-Hartley Act over 70 years ago.

All that changed with the Supreme Court’s recent decision in Janus v. AFSCME.  The justices ruled that public employees cannot be forced to pay fees to unions against their will, and unions can no longer automatically deduct dues without affirmative consent from workers.

…Union leadership is often more focused on political activism than representing workers, even if the members whose dues are paying their salaries disagree with the causes and candidates their unions are supporting.

The Employee Rights Act puts power back in workers’ hands by giving them a powerful accountability tool: union recertification. Under the ERA, workers would have the opportunity to decide if they want to keep being represented by their current union. Elections would be federally supervised and ballots would be secret, allowing workers to vote without fear of harassment or intimidation. Unions would have to receive support from the majority of all workers in the bargaining unit to ensure a true majority of support.

Among other changes, the bill would give workers the right to opt out of having their personal information shared with a union and would close the loophole that currently allows them use to threats or even violence as a means of coercion as long as they are carrying out “legitimate union business.”

…If lawmakers are serious about improving the lives of millions of Americans and scoring an important political victory, they should pass the Employee Rights Act as soon as possible.