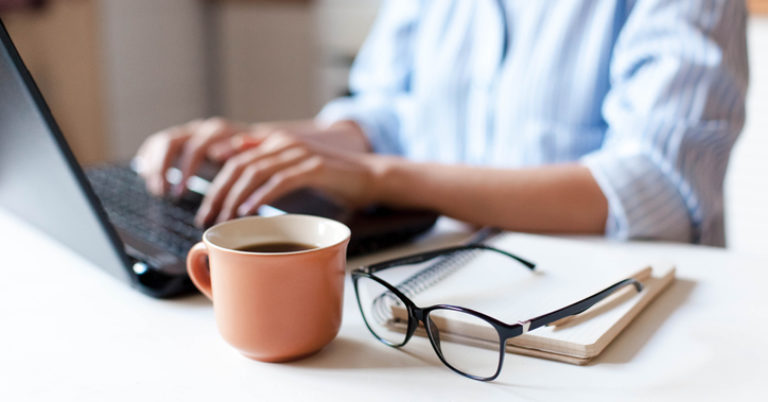 Independent contracting has given Paige Cerulli of Plainfield, Massachusetts, the opportunity to choose her own hours and contracts that suit her health needs, purchase her own home, write a novel and poetry in her free time, and make more money than she ever did as a full-time employee.

Put simply, she is doing well for herself as a freelance writer. But some in Congress want to solve that “problem.”

Under the PRO Act, lawmakers are attempting to classify many independent contractors as employees under the National Labor Relations Act, regardless of whether they prefer to keep their existing work arrangements.

Cerulli is worried that this bill, and other legislative efforts to eliminate freelancing — such as her own state’s restriction of independent contracting — would place her back under the traditional employment structure she fled two years ago. She hopes lawmakers will reconsider, especially amid a pandemic where independent work is more essential than ever.

Cerulli began freelance writing over a decade ago, often in conjunction with full-time employment. As a traditional employee, she worked in a variety of professions: as an author relations consultant, a receptionist at a veterinary clinic, and a grant writer and special projects coordinator at a nonprofit organization.

She gained valuable experience from these jobs, but wasn’t fulfilled in them. Traditional employment had several pitfalls, Cerulli says, among them the fact that she wasn’t in control of the work she performed.

“I always knew that writing was where my strengths were,” she says. “Positions always evolved to involve less writing.”

The hours didn’t work for her, either. Like millions of Americans, Cerulli lives with chronic illness, which made it difficult to manage a 9-to-5 schedule. She was forced to commute almost two hours in her most recent position.

“Physically going into the office just didn’t work with what my body needed,” she recalls.

Cerulli also disliked the constant uncertainty of the job market.

“I was in a situation where a business closed the Monday before Thanksgiving and we were all laid off,” she says. “And we all had no idea that this was happening.” To top off that disaster, her last paycheck bounced three times.

What works with freelance work?

It wasn’t difficult for Cerulli to make the jump from traditional employment to freelance writing. The hours, the ability to choose her own contracts, and the better pay made the decision easy.

Freelancing also allowed her to manage her health issues around a flexible schedule that also allows her to travel to and from the doctors’ appointments and tests she needs. “That’s been a lifesaver,” she says.

Freelancing has been a financial boon for Cerulli, too. She was able to triple her pre-tax income in her first year of independent contracting. She’s delighted to say that she’s now far more financially secure than ever.

What about the uncertainty she once experienced in the traditional job market?

That’s not a problem, says Cerulli. She always has several irons in the fire.

“I’m never working with fewer than 10 clients at a time, so if a project suddenly ends, it’s not the end of the world,” she says.

Cerulli’s freelance work also allows her to choose only those contracts that suit her skills, while allowing her to grow in areas in which she has interest.

“I’m able to really develop my skills and select clients and projects that are going to help me advance,” she says. “I’m choosing work that I truly enjoy, and I get up every morning excited to do this work.”

That’s given her a personal connection to her clients, many of which are small, family-run businesses and nonprofits.

Freelancing has not only improved Cerulli’s work life, but her personal life, too.

“I can say that it has truly changed my life for the better,” she says.

Cerulli first noticed legislative efforts to eliminate independent contracting in late 2019 when California’s AB 5 was signed into law. She began following news of the PRO Act, which would institute a similar federal ABC test, and read up on Massachusetts’ own ABC test, which also has strict measures designed to reclassify contractors.

She worried about what it would mean for her livelihood and the livelihoods of others if the federal government and states implemented similar tests. Suddenly, she realized that her way of life was in danger.

“It’s terrifying,” she says. “It doesn’t seem like this is real.”

She mentions the bill’s “ABC” test, a tool regulators often use to determine whether to reclassify independent contractors and place them under a traditional employment structure. The test would likely eliminate her independent status.

Already reintroduced, the PRO Act will likely see a renewed push this year. “If this becomes national through the PRO Act” Cerulli says, “well, I would just say that my anxiety is extremely high right now.”

Proponents claim the bill would boost freelancers’, gig workers’, and independent contractors’ access to benefits such as sick leave and health insurance. They argue for taking away independence instead of promoting policies that would allow companies to offer voluntary benefits — something government often blocks businesses from doing.

But Cerulli already has these benefits. Her flexible work schedule allows her to take the time off she needs for her medical issues. And she has purchased a better insurance policy than the ones she typically had as an employee.

For Cerulli, and others like her, the proposal would do more harm than good.

She cautions lawmakers against passing the PRO Act and asks them to consider the devastation wrought by AB 5 on California’s independent contractors and the businesses who depend on them.

“The PRO Act and AB 5 are constructed on the thought that businesses will simply convert freelance opportunities into jobs,” she says. “I think that belief is largely flawed, especially when you consider that some of my clients only have four or five hours of work per month for me.”

Cerulli urges lawmakers to reconsider their support for this bill, especially as COVID-19 still makes work difficult to find and keep.

“Of all times to be doing this, we’re doing this in a pandemic?” she asks.

To protect independent contractors like Paige Cerulli, lawmakers must hear from you why the PRO Act and similar legislation would be disastrous for American workers. Join the campaign workers and oppose unfair efforts to limit their freedom and opportunity.