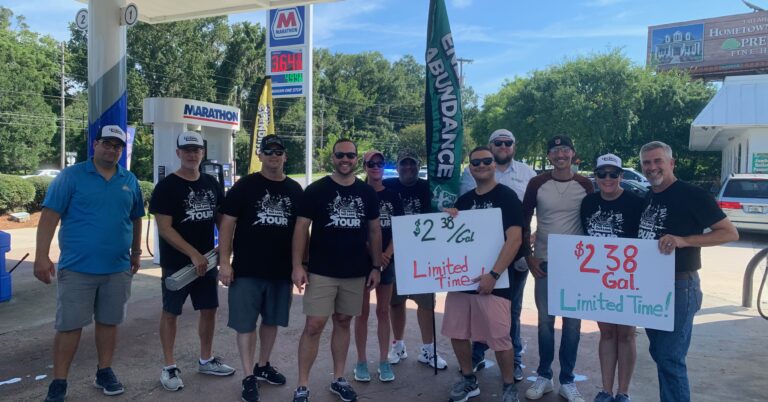 High prices for consumer goods have put a significant burden on Floridians. At 11.2%, the Tampa area has seen some of the highest inflation spikes in the United States.

According to a Florida Atlantic University poll, eight out of 10 Floridians are concerned about higher housing prices and more than half (53%) said higher food costs have greatly affected their finances.

As evidenced by several recent Americans for Prosperity True Cost of Washington events, residents are fed up.

Reckless government spending is a federal and local problem

As CBS47 reported, at a True Cost of Washington stop in Fleming Island, Fla. on August 30, resident Alese Krebs asked, “What is going on?” when it comes to higher prices.

The answer: reckless government spending is fueling inflation increases that Americans have not experienced in almost two generations. The federal budget deficit in fiscal year 2021 was $2.8 trillion, just shy of the $3.1 trillion record set in fiscal year 2020.

Gene L. Dodaro, Comptroller General of the United States, said, “Without substantive changes … the federal debt is poised to grow faster than the economy, a trend that is unsustainable.”

The reckless government spending is not limited to the feds, however. As AFP-Florida State Director Skyler Zander explained on The Morning Show with Preston Scott, Tampa Bay’s Major League Baseball team is petitioning for a taxpayer-funded baseball stadium — even though the team wants to split their season between Florida and Canada. 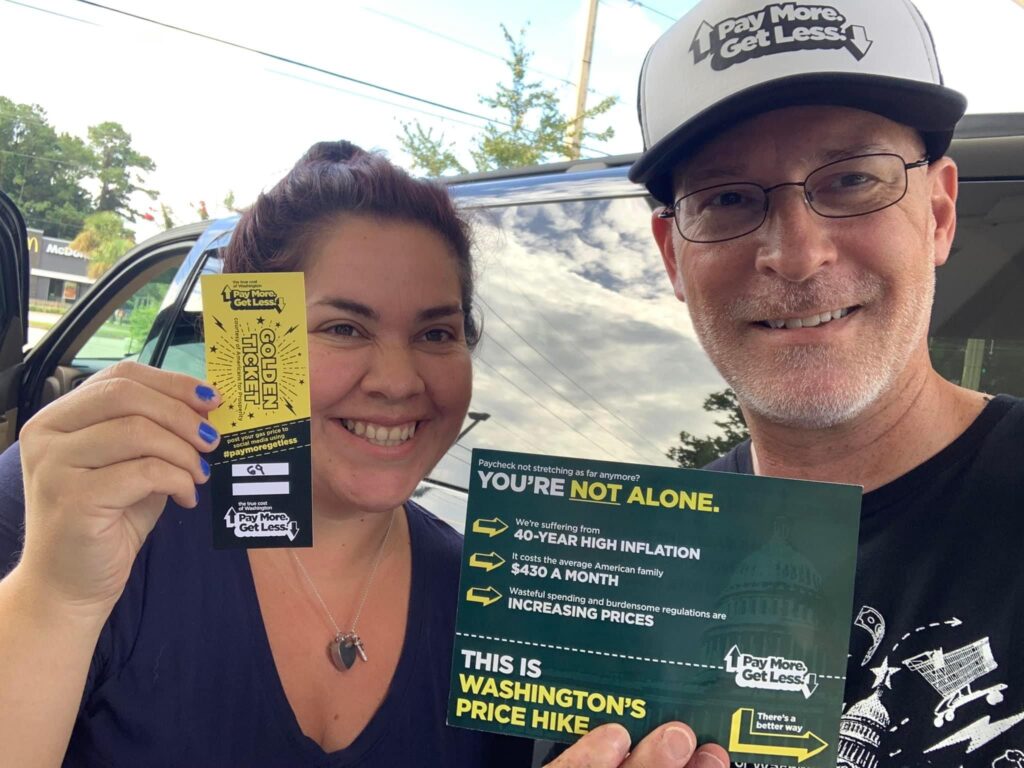 Middleburg, Florida – August 30, 2022: AFP-Florida Director of Policy Operations Lee Dury with a lucky customer. Middleburg was just one of the many stops where AFP staff and volunteers served over 1,000 customers discounted gas at $2.38 a gallon.

As FloridaPolitics reported, at the events AFP-Florida lowered the price of gasoline from its current level to $2.38, the average gas price the day President Joe Biden took office.

Had the privilege of helping Doug, a disabled Navy Vet, pump his rolled back $2.38/gallon gas today during @AFPhq’s #TrueCost tour in Tampa. Doug has felt the pinch of rising inflation. Washington’s failed policies affect all Americans, even our nation’s heroes #PayMoreGetLess pic.twitter.com/cuXEWGFz8Q

When we turn back the #TrueCost of Washington, it feels like Christmas 🎄 no matter what time of year it is!! pic.twitter.com/rtZ8Bbgv2K

To permanently curtail out of control inflation, however, members of Congress and the Biden administration must reverse years of disastrous policies. 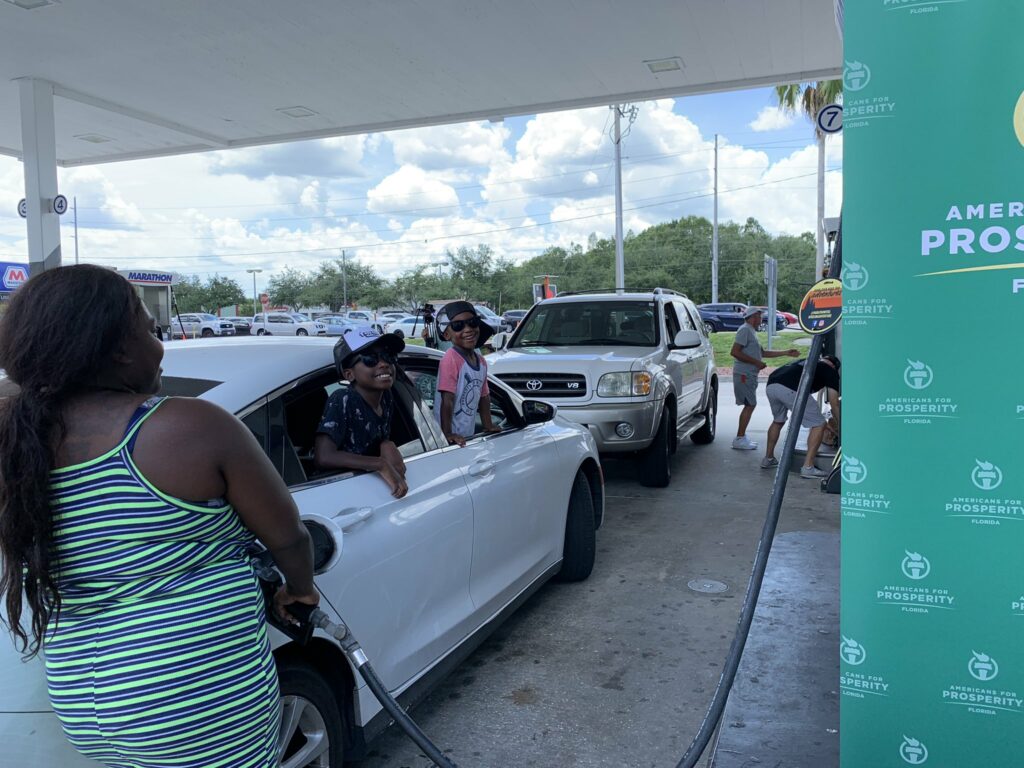 Orlando, Florida – August 2, 2022: An early stop on AFP’s True Cost of Washington Tour throughout Florida. Over the course of the month, our staff and volunteers in the Sunshine State would serve more than 1,000 drivers 12,370 gallons of discounted gas as they discussed how Washington’s reckless spending was driving the inflation and high prices they were suffering.

“We’re trying to show how inflation has increased and how it’s hurting real Americans,” AFP-Florida State Director Skylar Zander told WCTV. “Folks can come in and we can have a conversation and they can reach out to their elected officials and make a difference.”

U.S. Rep. John Rutherford was on hand at the Fleming Island event.

In addition to reckless government spending, Rep. Rutherford said misguided energy policies contribute to higher gas prices. “The cost of this inflation that’s been created by this attack on fossil fuel. Everyone’s spending almost $5,200 a year more to live like they did the year before,” said Rep. Rutherford.

They also must curtail their out-of-control spending habits.

Join the movement to lower the cost of living in America for all.