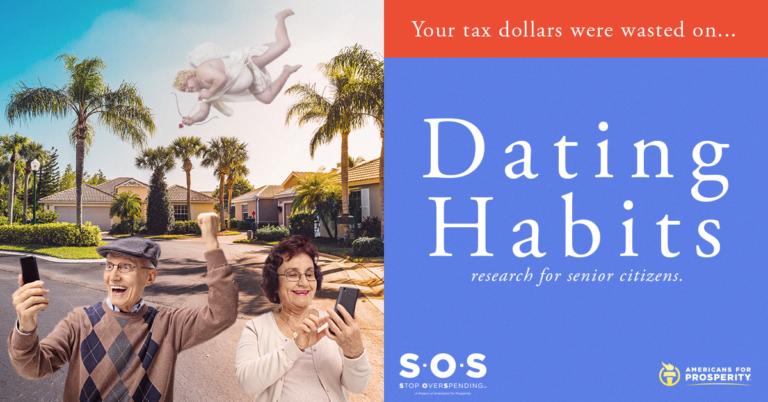 American families make hard choices about spending every day, carefully budgeting to make ends meet and plan for the future.

Shouldn’t the same rules apply to our federal government?

You would think! Yet the national debt has now hit $21 trillion and Congress keeps on spending.

Sen. James Lankford has documented some of the most ridiculous ways the government has spent YOUR hard-earned tax dollars over the years in his annual report, Federal Fumbles.

In this blog series, we’ll take a close look at some of the most egregious examples of government waste from Sen. Lankford’s reports over the years.

Tell the federal government to stop horsin’ around with your tax dollars!

In FY 2014 alone, the Bureau of Land Management spent $67.9 million to manage the growing population of thousands of wild horses that span across 26.9 million acres in the American West.

Instead of making taxpayers pay for the care and feeding of these horses, the government should transfer the management of wild horses and burros to humane, private organizations.

From 2011 to 2014, the Department of Defense’s Task Force for Business and Stability Operations, tasked with building up Afghanistan’s economy, spent nearly $43 million to build a Compressed Natural Gas filling station in Sheberghan, Afghanistan.

Sadly, someone didn’t do their research, or they would have discovered that there was no natural gas distribution ability in Afghanistan and the cost to convert a vehicle to CNG exceeded the average annual income in the country.

After a tremendous waste of taxpayer dollars – spending a total of $766 million during the organization’s lifetime, the DOD closed the failed TFBSO in March 2015.

The Department of Agriculture spends HOW much marketing raisins?

Since 1998, the Raisin Administrative Committee – a group of 46 California raisin growers and packers – has received more than $38 million in taxpayer funds from the Market Access Program to promote their raisins abroad.

The catch? The Raisin Administrative Committee already produces 99.5 percent of all American raisins and 45 percent of the world’s raisins.

Encouraging a healthy lifestyle is great – but it should not be done on the taxpayers’ dime. From 2011 to 2015, American taxpayers have spent a total of $2.6 million to fund a trucker weight-loss intervention program, sponsored by the National Institute of Health.

The federal government would do well to trim its annual budget in the future by cutting wasteful programs like this one.

As you can see, these programs are not a valuable use of anyone’s tax dollars. The American people have had enough!

Then, stay tuned to see the next round of wasteful government spending projects!