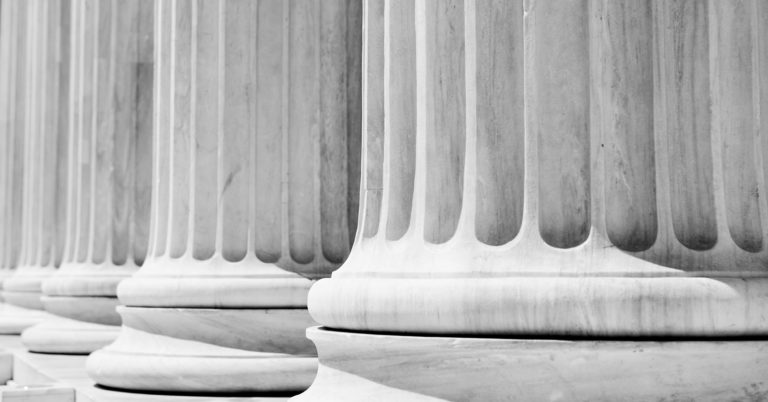 II. PRINCIPLES THAT SHOULD GOVERN THE EXERCISE OF EMERGENCY POWERS

The desired scope and nature of the authority granted to the government to respond to states of emergency will depend in large part on an individual’s underlying political philosophy. The following principles are rooted in the belief that the vesting of unlimited or extraordinary power in the hands of a single or small group of people is inherently corrupting and that most government officials, even if originally motivated by a genuine desire to respond appropriately to an emergency, will ultimately abuse their power if appropriate checks are not in place from the outset.
To properly constrain the exercise of governmental authority in a state of emergency, so that the rights and privileges of individuals and private groups are not arbitrarily or unduly infringed, the following principles should be followed.

A. Mechanism and Scope

1. The invocation of emergency powers must be limited only to crises that pose an imminent and real risk to public health or safety. The specific risk and its imminence must be identified before any state of emergency is declared, and any order, rule, or regulation issued pursuant to the emergency power must be narrowly tailored to target the identified risk and be the least restrictive means of alleviating that risk.

• “Narrowly tailored” means the governmental action be directed at only identified, specific risks at issue in the emergency without including other matters unrelated to the emergency.

• “Least restrictive” means there must not be a less restrictive way to achieve the goal. In part, this means governmental actions should be limited in scope, time, and geography so they impact only those individuals, groups, and regions actually at risk, that individuals will know from the outset how long the emergency orders, rules, and regulations will last, and that the emergency restrictions imposed by are the minimum needed to achieve the goal.

• By their nature, emergency orders often impose severe restrictions on individual liberty, including the potential of involuntary confinement and arrest. The imposition of such consequences should not be delegated to unelected officials who are not beholden to the electorate and can be unaware of competing interests.

• That the executive authority in an emergency should be vested in the governor alone, or the highest relevant elected local official, does not mean he or she cannot take advice from advisors or rely on agencies tasked with implementing emergency responses. The ultimate decision to impose emergency orders and to direct the government response, however, must rest with an executive official who can be held accountable by the electorate.

• The legislature, as the most direct representative of the people, must not abdicate its responsibility to oversee and participate in the government’s response to an emergency. The legislature must be empowered to override any executive order or action taken and must be required to ratify any order intended to last more than a short set period of time (e.g., two weeks). No emergency order should last more than four weeks without an affirmative vote of the legislature. If the legislature overrides an emergency order, the governor or local elected official must not be allowed to issue a similar order unless in response to a different emergency. And, of course, the legislature may exercise its normal lawmaking function and procedures to pass any law it deems necessary to address the emergency.

B. Judicial and Administrative Review

• Anyone affected by the emergency order must have standing to challenge the order in court. This right must be established by statute, not just the order, and allow for pre-enforcement review (i.e., individuals must not be required to risk fines or imprisonment by violating the order before they can challenge it).

• Judicial review must be timely. The procedure must allow for a temporary restraining order or preliminary injunction against the emergency order pending the outcome of the judicial challenge and otherwise allow for expeditious review by the court.

• Mootness doctrine must be relaxed or limited so the government cannot avoid the case by rescinding the order in the face of a lawsuit only to reimpose it after the suit is dismissed.

2. The emergency-management statute must expressly provide for the standard against which any emergency order is to be judged, and that standard should be similar or identical to the federal constitutional standard of strict scrutiny.

• The burden should be on the government to show by clear and convincing evidence why the order is justified, how it is narrowly tailored to address the risks inherent in the emergency, and that it is the least restrictive means of achieving the desired outcome.

• To the extent any emergency order is upheld, the court should construe the elements of the order narrowly.

3. The applicable statute also should provide a mechanism by which individuals affected by the emergency order can seek administrative or judicial review and have an individualized determination. For example, if some businesses are forced to close while others are permitted to remain open, administrative and judicial review of the determination of which businesses fall into which category should be available.

C. Sanctions for Violations of an Emergency Order

1. The violation of an emergency order, rule, or regulation generally should only be punishable by civil penalty, such as a fine, and only upon a showing that the violation was knowing, willful, and material.

• Knowing – the violator knew or should have known the conduct was proscribed by the order.
• Willful – the violator acted in willful disobedience of the order. Accidental or incidental violations should not be sanctioned.
• Material – the violator’s acts must materially affect the public health or safety.

2. All ambiguities in the emergency order, rule, or regulation should be construed in favor of the defendant.

3. Any punitive action should be proportionate to the offense.

• No incarceration or other criminal penalty should apply unless there is an identified victim who suffered actual harm from a knowing, willful, and material act.

• Any enforcement action should be proportionate to the offense and not endanger the offender. For example, the police may not use SWAT teams to arrest non-violent protestors, nor should they wrestle offenders to the ground unless the person poses an immediate and material threat to an identifiable victim.

The Kentucky statutes governing the exercise of emergency powers are codified at Chapters 39A–39G of the Kentucky Revised Statutes (“KRS”). These sections create and vest authority in various government entities and officials, at both the state and local level, to manage the state’s response to security threats and public emergencies. The comments below are limited primarily to Chapter 39A and the proposed bill identified above, which focus on statewide emergency powers.

As a general matter, the proposed amendments are excellent and should be supported. They improve on the current provisions of law by incorporating many of the principles articulated above. In light of those principles, the following additional comments and suggestions may be appropriate.

1. The proposed amendments’ new definition of “emergency orders” is commendable, as it reminds officials, and especially judges, that the state’s response to emergencies should be restrained and carefully measured because they necessarily infringe on “rights guaranteed by the Constitution of the United States or the Constitution of Kentucky.”

2. The proposed amendments also properly sweep within the new definition of an emergency order any executive order issued by the governor under authority of Kentucky’s emergency response statutes. The same, however, should also be done wherever the statute grants local officials the authority to exercise emergency powers (e.g., KRS 39B.070).

3. The new definition of emergency orders is backed up by the requirement that any such order be narrowly tailored, the least restrictive means of achieving its stated purpose, not underinclusive, and in effect for the least amount of time necessary. This places Kentucky’s emergency powers within a strict scrutiny regime, as it should be.

4. The proposed amendments provide for a judicial remedy, including injunctive relief, to anyone wishing to challenge an order. In doing so, they properly place the burden on the government to justify its actions by clear and convincing evidence, give private parties the right to seek damages, including attorney fees and costs, and give private parties to the right to argue that the emergency order is improper as applied to them individually.

For the avoidance of doubt, we recommend the addition of a provision expressly granting standing to any private party subject to an emergency order so that they can challenge it without being forced to violate it.

6. Section 39A.100(2) grants local officials the right to declare emergencies and issue emergency orders within their jurisdiction. The proposed amendments properly add a time limitation of 14 days to any such orders (unless extended by the legislative body of the local government) and limits the exercise of emergency powers to the chief executive of the local government. See also comment 8 below regarding time limits and comment 2 above.

7. The proposed amendments add a section to Chapter 39A to prevent any emergency order from “prohibit[ing] or severely limit[ing] in-person worship, or to treat in-person worship in any disparate manner to any secular activities that are remotely related.” This is appropriate given the way some states have treated religious worship in the current crisis. This type of provision would be even better if it could be generalized so no individual or group would be singled out and treated differently than other similarly situated individuals or groups.

9. In the sections of the emergency-powers statute granting local officials emergency powers (e.g., 39A.100(2), 39A.180(1), 39B.070(1)), the statute allows the exercise of such powers to local officials’ “designees.” In our view, the authority to issue emergency orders and direct policy to deal with an emergency should not be delegable. Responsibility should remain with the governor or with the highest elected official at the local level.

10. Section 39A.030 directs that the Division of Emergency Management be the primary executive agency charged with planning for and responding to emergencies. Among its responsibilities and authority is the funding of local emergency agencies under 39A.070. It is not clear from the emergency powers statute exactly how the Division is funded (with the exception of 39A.300, which establishes a Disaster Relief Funding Program to be administered by the Division) or how it accounts for the funds it disburses. Provision should be made to mandate proper recordkeeping and for regular audit by an independent third party to help ensure against waste, fraud, and abuse.

11. Section 39A.190 grants the police the authority to arrest violators of emergency orders or regulations without a warrant. Specifically, this provision provides:
A peace officer, when in full and distinctive uniform or displaying a badge or other insignia of authority, may arrest without a warrant any person violating or attempting to violate in the officer’s presence any order or administrative regulation made pursuant to this chapter[.]
We believe this provision to be overbroad and that it should be revised to allow arrest only in cases where there is an identified victim with actual harm.
In addition, 39A.990 declares any violation of an emergency order or regulation a Class A misdemeanor. In most cases, we believe such violations should not be classified as a crime but instead be subject only to a civil penalty.