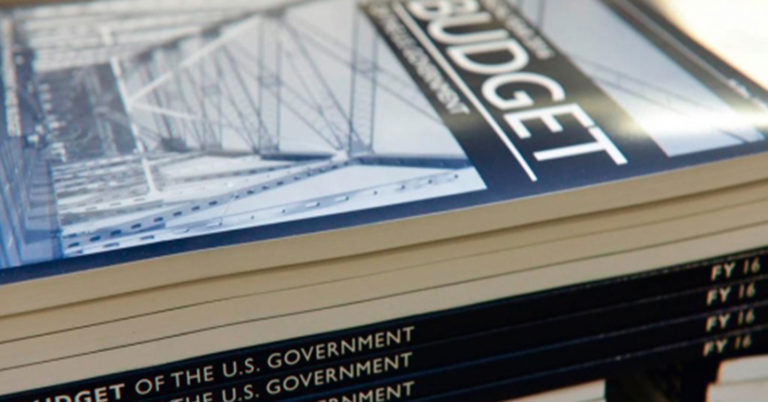 We’ve been warned for years that the federal government faces a grim fiscal future with spiraling debt driven by soaring spending. While lawmakers rightly use tax cuts to prevent the tax burden from getting too high, they have little appetite for reining in spending. Government actions to respond to COVID-19 and the ensuing recession have pushed spending and debt to new records.

Yesterday we learned the looming days of reckoning for America’s spending and debt addictions have arrived — not in some far away time horizon, not in 15 or 20 years, but here now.

A note on spending and deficits: Both are projected to decline as a share of GDP after this year. The only good news is that means COVID-19 spending was temporary and, thankfully, interest rates remain low. But despite this, overall spending will quickly resume its upward climb – dragging deficits and debt along with it.

The future is here now

The coronavirus recession has affected not only the pocketbooks of hardworking families, it has also taken a toll on the federal government’s trust funds. We have known for years that major mandatory programs such as Medicare and Social Security were going broke, but assumed the day of reckoning was years off. Now, in a separate report, CBO projected it will come far sooner:

Dedicated revenues, like the payroll tax for Medicare, disability, and Social Security, that pay for trust fund spending will continue to flow so the programs won’t end, but after those dates the funds won’t be able to meet all obligations.

Despite warnings from CBO, the Social Security and Medicare Trustees, and many others, lawmakers have steadfastly refused to take corrective action.

What policymakers must do

These sobering CBO reports should serve as a timely reminder that lawmakers must consider not only short-term policies, but also whether the federal government is on an affordable or sustainable path in the first place.

While some do not worry about spending or the debt today, they should not be complacent with this year’s unprecedented spending and its impact on our poor fiscal condition. America’s debt-to-GDP increase will likely be the largest among the world’s developed economies this year, and the U.S. is the only country where debt will continue to rise after next year, beyond even the levels in this CBO report.

Push “pause” on another expensive COVID-19 relief bill. Billions in previously authorized funds remain unspent, and state revenues are seeing a healthy revenue resurgence. While interest rates may be low now, adding to today’s level of debt is not sustainable or affordable.

Fix our massive spending problem and reform the biggest spending programs so they are affordable and work better for those who rely on them most.

Get their arms around the debt. While investors flock to the U.S., if we want to be viewed as the safest harbor in uncertain times, we cannot continue unchecked borrowing. The bipartisan TRUST Act that would create bicameral “rescue committees” for each of the major trust funds would be a good place to start. So too would the bipartisan Congressional Budget Reform Act, which would impose spending reforms and rein in the debt.

These reforms would put our country on a more sustainable path and position our economy to recover stronger.