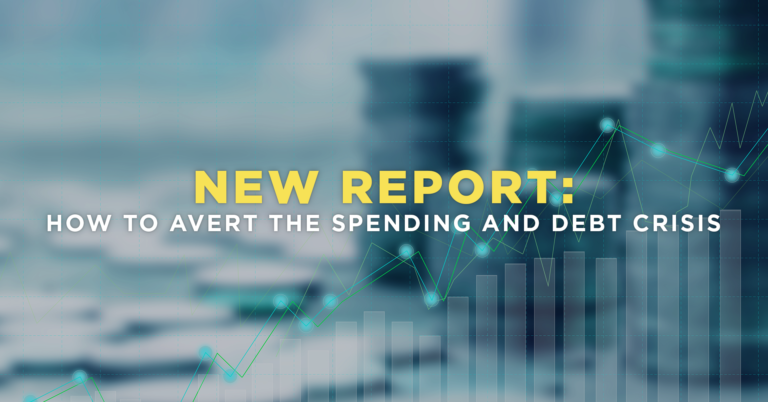 Arlington, VA – Americans for Prosperity released a new report today warning that a failure to change course on federal spending and debt would threaten the quality of life of all Americans and offering Congress a realistic menu of options to reform mandatory programs in order to get spending under control.

The report, authored by AFP Senior Policy Fellow Alison Acosta Winters and part of AFP’s long-term Securing America’s Future campaign, not only details how inaction will have lasting consequences for all, but also outlines immediate steps Congress can take to fend off this rapidly approaching crisis. These policy proposals address the biggest drivers of the nation’s debt and focus on improving retirement and health outcomes for Social Security, Medicare, Medicaid, and federal savings plans in a way that is affordable for taxpayers and promotes the wellbeing of all Americans.

Securing America’s Future is a multi-year effort to educate Americans about the real consequences of Congress’s failure to restrain spending and will also encourage grassroots activists to urge lawmakers to pursue reforms that will secure America’s future. For too long the incentives in Washington favored policies of reckless and unsustainable spending – this campaign will flip those incentives and show why the only viable path to a brighter future is through fiscal restraint.

“This fiscal crisis has been decades in the making. But the need for change is urgent – the Medicare hospital trust fund will be depleted in just 7 years and Social Security’s in another 7. Without action no group of Americans, including today’s retirees, will be spared from the budget problems created by decades of ignoring the fiscal reality. Congress must take concrete steps to address the biggest drivers of our spending and debt—Social Security, Medicare, and Medicaid— if they hope to preserve our wellbeing and a bright economic future.”

“We’ve run out of runway to clear this fiscal cliff. Congress failed to course correct when they had the chance, and now we are falling headlong into the economic abyss, despite decades of dire warnings. This brewing fiscal turmoil looms over a surging economy and historically robust jobs market. We’re offering lawmakers realistic options to avoid the disastrous consequences of continued inaction, and we will work with anyone genuinely interested in adopting reforms to safeguard our fiscal and economic future. If we hope to secure a brighter future for all Americans, we must address this problem today with the urgency it deserves.”

Key takeaways on the crisis:

In the policy analysis, AFP outlines some options for Congress to consider to reform Social Security, Medicare, and Medicaid (click here for the full details on the policy proposals listed below):

See the full details on these policy proposals and read the full report here.