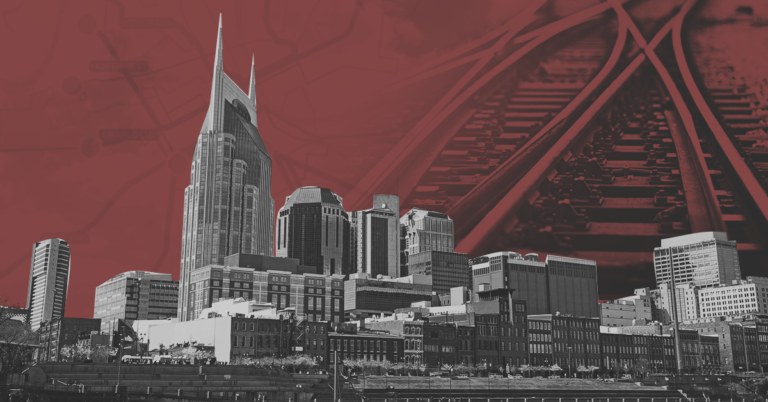 Brace for the Tracks Tax

Well, you may like to hear how the Mayor plans to pay for this boondoggle. We’re pretty sure you won’t like it, but here it goes:

If you live in Davidson County or visit frequently: Nashville will have the highest sales tax in the nation (10.25%), the cost of hotels and rental cars will go up, and busy roads in this plan will be reduced from five lanes to three to make room for electric bus tracks. The cost has doubled since the plan was initially announced, and it will continue to climb higher.

If you live in any of the surrounding counties: Did you know the Regional Transit Authority, which includes all surrounding counties, has the ability to levy a regional property tax to fund Nashville’s mass transit?! We all know congestion is a problem driving into Nashville, however, studies have shown that transit systems have a miniscule effect on relieving congestion.

If you live in other parts of the state: This plan depends on $1.5 billion in federal funding. Any money funneled to Nashville mass transit will shortchange other areas of the state. Remember all the road projects politicians touted they would complete when they voted for the gas tax hike last year? TDOT officials just notified the legislature that they have already spent all the additional money the gas tax hike has brought in to fund improvements to I-440, a road that circles the outskirts of Nashville. Spending $9 billion on a project in Nashville will ultimately pull resources away from other cities and rural areas across Tennessee.

Malcom Getz, Associate Professor of Economics at Vanderbilt University took the Mayor’s plan to task in this report, which outlines everything the plan gets wrong. He concludes the plan will not reduce congestion, street cars will slow traffic further, and those who will shoulder the brunt of the cost won’t benefit from the plan. Read his detailed report here.

Mayor Barry’s plan is bad for taxpayers and bad for motorists. It’s the kind of wasteful boondoggle Tennessee doesn’t need.