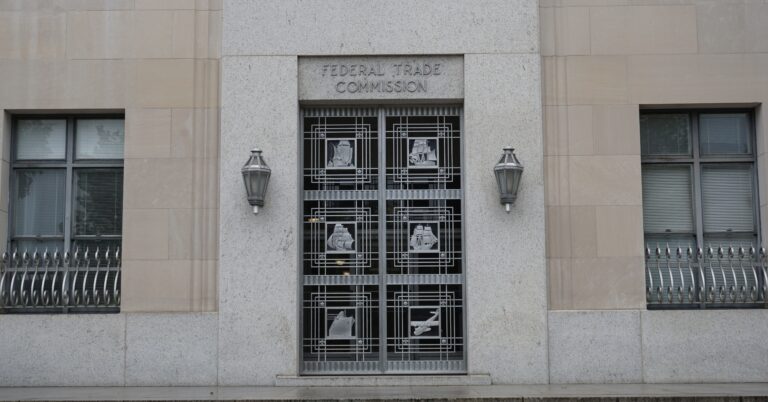 In the Ninth Circuit, AFP Foundation also teamed up with the Chamber of Commerce of the United States of America to support Axon. Underscoring the importance of this case, the Washington Legal Foundation, Atlantic Legal Foundation joined by the Cato Institute , and the Chamber have also urged the Court to grant review.

Axon has asked the court to review a Ninth Circuit decision finding lack of jurisdiction to review Axon’s constitutional claims against the Federal Trade Commission simply because the FTC had brought an in-house administrative prosecution against the Arizona-based company.

Notably, even the panel majority seemed sympathetic to Axon’s arguments, observing that “Axon raises legitimate questions about whether the FTC has stacked the deck in its favor in its administrative proceedings,” and  acknowledging:

“As the dissent cogently points out, it makes little sense to force a party to undergo a burdensome administrative proceeding to raise a constitutional challenge against the agency’s structure before it can seek review from the court of appeals.”

The Ninth Circuit has put the FTC’s in-house enforcement action against Axon on pause while the Supreme Court considers whether to weigh in on these critical issues.

At its core, this case raises the question whether enforcement activities of so-called independent federal agencies are subject to any checks and balances by any branch of government—the president, Congress, or even the federal courts—under any circumstances so long as their in-house enforcement proceedings are ongoing.

Rigging the game in favor of federal agencies

Unlike criminal cases in traditional state and federal courts, where the judge and jury are independent from the prosecutor, in administrative enforcement actions the agency wears multiple hats, acting as investigator, prosecutor, and judge.

A respondent is thus at a severe disadvantage, as the same administrative body that investigates the target and chooses to bring administrative charges also argues the case, decides its merits, and makes the rules of the game, a form of Calvinball in which Calvin inevitably wins.

This extraconstitutional arrangement rigs the game in favor of the federal agency, stacking the chips against the respondent, which knows its chances of prevailing before this administrative body are slim, as the results are often preordained.

To put this in perspective, as the panel majority put it:

“Axon claims—and FTC does not appear to dispute—that FTC has not lost a single case in the past quarter-century. Even the 1972 Miami Dolphins would envy that type of record. Indeed, a former FTC commissioner acknowledged that the FTC adjudication process might unfairly favor the FTC given the agency’s stunning win rate. Axon essentially argues that the FTC administrative proceeding amounts to a legal version of the Thunderdome in which the FTC has rigged the rules to emerge as the victor every time.”

These administrative processes may take years to complete and can be ruinously expensive and life-altering for the respondent, whose business may be destroyed, and reputation sullied—even when they didn’t do anything wrong—long before they have any ability to seek real judicial review.

As a practical matter, this means in many cases the process itself is the punishment. Unsurprisingly, few companies are willing to take a principled stand against agency overreach, as Axon has done here, and most lack the resources to do so, even if they wanted to.

Instead, regardless of the merits of FTC’s administrative charges, most companies choose to settle to avoid crushing financial and reputation harm, entering into burdensome consent orders.

Why should businesses endure a rigged process to get their day in court?

Businesses and individuals should not be forced to spend millions of dollars and countless hours going through a rigged administrative process to simply have their day in court to defend themselves and the Constitution. It is critical that federal courts have authority to act as a safety valve in extreme cases of agency abuse, where the agency’s actions are clearly unjustified by law or unconstitutional.

Until very recently, the federal courts have recognized this authority, interceding in rare cases. However, in recent years several courts of appeals have, in response to various constitutional challenges to agencies’ administrative enforcement processes, created a new rule, essentially barring the courthouse doors to those subject to agency enforcement proceedings.

The brief notes that:

“It should not be the law that an agency can do whatever it wants for as long as it wants to a business—no matter how ultra vires, abusive, or unconstitutional—without being subject to review by a court unless and until that abusive process ends.”

The brief adds that “AFPF believes judicially created barriers to meaningful Article III review are inconsistent with the separation of powers.” Instead, “[t]hose facing ultra vires or unconstitutional agency enforcement actions should not have to face years of potentially ruinous costs to have their day in court.”