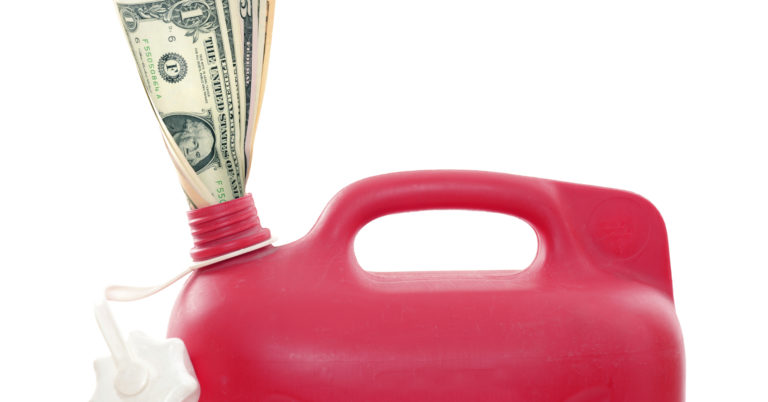 Arlington, Va. – Americans for Prosperity today led a coalition of nearly 30 organizations asserting their opposition to raising the federal gas tax as part of any infrastructure reform legislation.

In a letter to congressional lawmakers, the coalition urged reforms in the way existing transportation dollars are spent rather than placing new burdens on taxpayers in the form of a gas tax hike.

Americans for Prosperity was joined on the letter by Heritage Action, Americans for Tax Reform, Club for Growth, Citizens Against Government Waste, the National Taxpayers Union, Freedom Partners Chamber of Commerce and numerous other taxpayer protection advocates.

“Raising the gas tax is a bad idea,” wrote AFP Chief Government Affairs Officer Brent Gardner and other coalition officials. “It will make the burden of government on families and businesses heavier. A higher gas tax means higher prices not just on gas, but on goods and services throughout the economy. These costs would inevitably be passed along to consumers in the form of higher prices, resulting in a regressive tax hike on those who can least afford it.”

The Trump administration today released an outline of its infrastructure proposal. While it did not include a gas tax increase, several gas tax increases have been recently proposed, including one that would raise the federal gas tax by 25 cents, more than doubling it.

“Before asking Americans to pay more for a tank of gas, Congress should pursue common-sense reforms that properly prioritize federal transportation infrastructure needs, reduce costly and time-consuming bureaucratic hurdles, and ensure that tax dollars are spent on roads and bridges, not frittered away on unrelated pet projects, red tape and paperwork,” the coalition added.

“Supporters of a proposal to raise $375 billion for infrastructure spending want to raise the federal gas tax by 25 cents a gallon. That’s a claw back of about 25 percent of the total tax relief [from the recent tax reform bill] and adds up to nearly $300 a year per household.

“There is an alternative, one that’s better for the economy, your personal finances and government accountability: You keep your tax cut, and lawmakers find another way to pay for infrastructure.”