COLUMBIA, S.C. – Today, Americans for Prosperity-South Carolina (AFP-SC) launched Health Care Anywhere, an informational campaign highlighting how the government is getting in the way of South Carolinians accessing quality health care and what citizens can do to put a stop to it. The first area of focus for the campaign is the immediate opportunity that exists in the legislature to fully repeal of Certificate of Need (CON) with Senator Wes Climer’s bill S. 290.

AFP-SC will address this in their statewide tour, where activists will share critical information on this issue while also featuring the legislators that have the potential to make this happen. Additional efforts deployed include citizen-to-citizen contact at the doors and through phone banking. These efforts will be further supplemented by direct mail and digital ads. 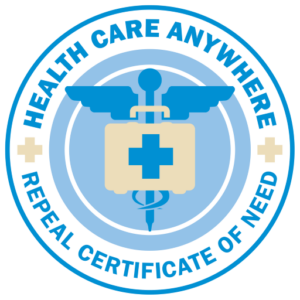 “Nothing should stand in the way of any patient receiving quality, affordable health care – especially not that patient’s government. Fully repealing Certificate of Need laws will significantly increase access to care for South Carolinians.”

“Our legislators emerged as true leaders during the pandemic to remove barriers to health care. However, they must build on that momentum and finish the work they already started.”

“We urge citizens across the state to reach out to their elected officials and tell them that they want access to health care anywhere with the full repeal of Certificate of Need in South Carolina.”

Background on Certificate of Need in SC:

A local example of CON stalled the construction at the Piedmont Medical Center in Fort Mill, SC. According to Reason, “A hospital chain based in Charlotte challenged Piedmont Medical Center’s plans for a new facility, then sued to block the state’s decision to give Piedmont permission to build the hospital.” This red tape prevented South Carolinians from receiving care when hospital beds were at capacity during the pandemic.