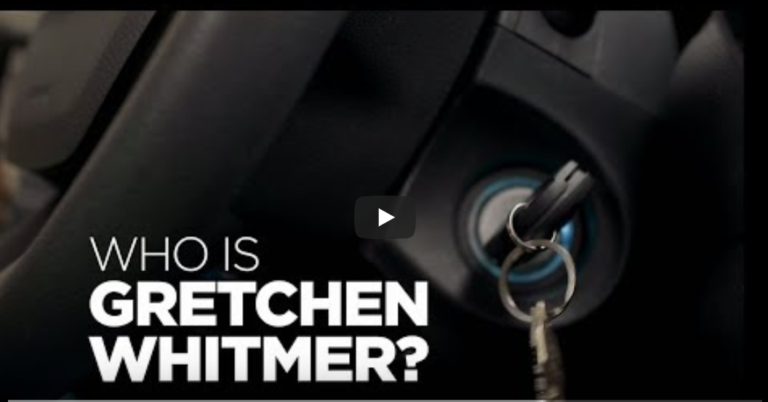 Arlington, VA – Americans for Prosperity today announced its launch of a nearly $1.7 million television campaign airing in Michigan that will highlight Gretchen Whitmer’s harmful record of raising taxes and supporting Governor Granholm’s failed economic agenda. On the heels of a six-figure digital and direct mail campaign in May, AFP will run its digital ad on television for the next three weeks.

The ad campaign asks voters to oppose Gretchen Whitmer for governor because her policies would relegate Michigan’s economy back to the days of the “lost decade” when economic stagnation plagued businesses and communities across the state.

“As a state senator, Whitmer voted to raise taxes at nearly every opportunity and backed Governor Granholm’s failed agenda as Michigan was losing half a million jobs. Michiganders deserve better, which is why we are urging them vote against Whitmer and the policies that would hold Michigan back.”

“Michiganders cannot and should not be taken in by Whitmer’s attempt to distance herself from her voting record. Simply put, when Gretchen Whitmer and her colleagues followed Governor Granholm’s lead, our state and our citizens fell behind. During her tenure in the State Senate, Whitmer supported business and every day tax hikes that hurt Michigan families. The failed policies that defined Granholm’s lost decade were championed by Whitmer, not all Michiganders. We don’t need more of the same.”

Americans for Prosperity is the nation’s largest grassroots advocate for free and open societies that allow people to improve their lives. AFP strives to promote equal rights and a society of mutual benefit by advancing pro-growth policies that reduce the tax burden on individuals and businesses, rein in corporate welfare and out-of-control government spending and remove barriers to opportunity. In doing so, AFP and the Michigan state chapter aim to help the state and the nation reach its full economic potential. As part of this mission, AFP Michigan will be encouraging lawmakers to embrace policies at the state and federal level that help improve the lives of all Americans, especially the least fortunate.

Whitmer Stood With Granholm On Pushing For Higher Taxes

Granholm’s Legacy Included Threatening To Shut Down The State Government Unless She Received A Budget That Included Massive Tax Increases. “Michigan Governor Jennifer Granholm ordered government offices to shut on Monday if the state’s divided legislature cannot come to terms on a budget that would include higher taxes. … Granholm said she would not sign a budget that relied on spending cuts alone to close the estimated $1.75 billion budget deficit facing the economically distressed state.” (Kevin Krolicki, “Michigan Governor Threatens Shutdown Amid Budget Talks,” Reuters, 9/27/07)

As A State Legislator, Whitmer Voted To Raise Income Taxes, Taxes On Everyday Services, Business Taxes, And The Gas Tax