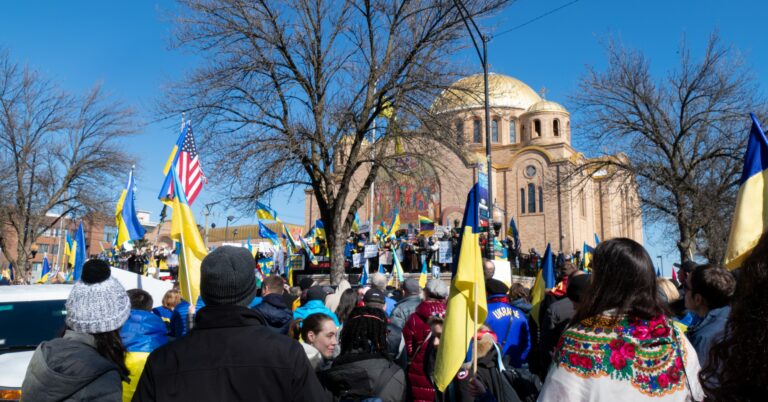 The U.S. Senate voted last night on a military and humanitarian aid package for Ukraine that tops over $40 billion.

This emergency supplemental funding comes hot on the heels of $14 billion that the U.S. just authorized for Ukraine in March and exceeds more than six-fold the $6.4 billion in security assistance the U.S. has offered Ukraine between 2014 and Russia’s February invasion.

Before lawmakers rubber-stamp the largest aid package to Ukraine yet, they need to get serious about proper oversight and responsible budgeting practices.

Ukraine’s brave resistance against Russia’s war of aggression has inspired the world, and our sympathies rightly lie with their struggle to maintain their independence. America has already been generous in the considerable assistance it has provided the Ukrainian people.

In the face of U.S. economic challenges, however, lawmakers shouldn’t simply fast-track a major increase in aid to Ukraine without a second thought to our own competing priorities.

These realities demand that we recognize the opportunity costs of the Ukraine package.

Beyond the military, these funds carry tradeoffs at home too.

Paired with the $17.7 billion in security assistance the United States has sent Ukraine since the war began, the latest aid package brings U.S. spending on Ukraine this year to roughly the size of the entire Federal Highway Administration’s proposed 2023 budget.

With this price-tag, American taxpayers deserve better than little-to-no debate on the oversight needed for an aid package that is more than a quarter of the size of Ukraine’s pre-war economy.

Our commitment to assisting Ukraine has been clear for years, but sending a new aid package this large risks massively widening the scale of waste, fraud, and abuse, as our similar approaches to assisting Iraq and Afghanistan did as well.

Oversight of U.S. aid to Ukraine is lacking, but these simple reforms could help

America has to take the threat of corruption particularly serious in Ukraine, a country with a long-established history as an international black market for weapons.

At a time when Ukraine’s government is preoccupied with  defending the country, U.S. lawmakers should demand stronger oversight protections over American aid before passing any more.

Knowing the Ukrainian government’s unfortunate history of institutional corruption, which directly benefitted our adversaries in previous years through the sale of sensitive weapons technology, graft is a risk we cannot ignore.

One no-brainer would be for Congress to demand that permanent Inspector Generals  are appointed for both the State Department or Department of Defense as a condition of future aid.

IGs are sorely needed advocates for American taxpayers that are long overdue for both departments. The Special Inspector General for Afghanistan Reconstruction, for example, was instrumental in uncovering tens of billions in misspent funds in Afghanistan and developing best practices to reduce future corruption in aid programs.

Finally, lawmakers should require more responsible efforts to control our spending and budgeting as a condition of future emergency spend, whether on Ukraine or at home. There can be a role for emergency funding to support unexpected needs, along with debate on how much should be spent to advance what goals.

But what shouldn’t be up for debate is the need to avoid simply adding emergency funding to our record national debt without a second thought.

Emergency aid to Ukraine should follow the principles of the AFP-endorsed Responsible Budget Targets Act. This framework requires emergency spending to be gradually offset over the next six fiscal years to allow flexibility without further raising the debt. This sort of realism about our budget needs can encourage more fiscal discipline.

It also means more meaningful debate about what, how and why we spend on our different priorities. Whether we’re debating sending missiles and food to Ukraine, or responding to natural disasters at home, we need a more sustainable approach in how we deal with emergencies.

The $40 billion emergency supplemental package‘s passage makes Ukraine the United States’ largest recipient of military aid in a single year in over two decades. It’s natural to sympathize with Ukraine’s struggle, and the U.S. has already been generous in sharing aid, intelligence, and other forms of assistance.

But as a body that represents the American people first, Congress needs to ask more questions and demand higher standards before rubber-stamping a massive expansion of aid to Ukraine.

Our sister organization, Concerned Veterans for America, has called for more scrutiny of U.S. aid to Ukraine, too.

Learn more about why such oversight is necessary in their press release on President Biden’s proposed Ukrainian aid package.