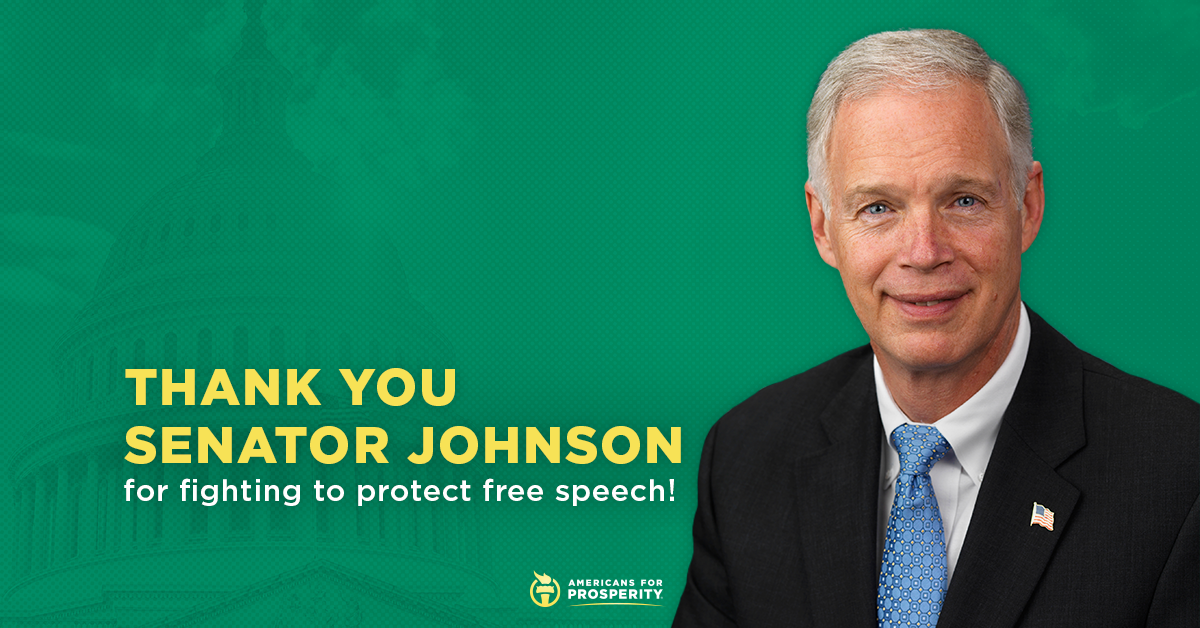 “Senator Johnson has been a consistent champion for free speech and protecting Wisconsinites’ privacy. Our activists are proud of his efforts to defend our right to express ourselves freely .”

This week, Americans for Prosperity released a statement expressing disappointment from the passage of S.J. Res. 64 that Sen. Johnson opposed, a resolution that AFP key voted.