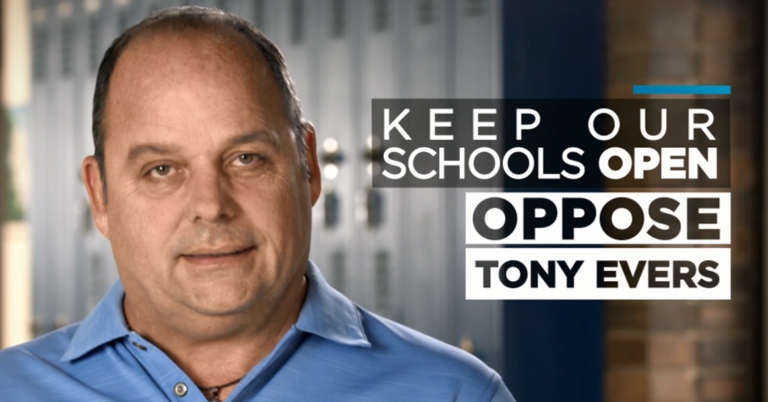 AFP-WI in New Ad: Evers Plan Will Take Quality Education Away from Children

MADISON, Wis. – Americans for Prosperity-Wisconsin (AFP-WI) on Thursday announced a new ad as part of the group’s continual seven-figure effort in the race for Wisconsin governor. The 30-second spot features parents and teachers speaking direct-to-camera about the harmful effects Tony Evers’ education plan would have on Wisconsin’s children and their futures. Tony Evers would phase out the state’s educational choice program, threatening to shutter some of the state’s highest performing schools.

The new ad will run on digital platforms in Milwaukee. On Monday, AFP-WI announced its fourth statewide TV ad buy in the race for governor.

“The educational choice program ensures our kids get an education tailormade for their individual needs and talents, but Tony Evers would take that all away. Without the program, some of our state’s highest performing schools would be forced to close and thousands of low income children could be kicked out of the schools they love. This isn’t about politics, this is about our kids’ futures and the future of Wisconsin. Vote against Tony Evers to keep our high-performing schools open.”

Evers: “As Governor, I Would Work With The Legislature To Phase Out Vouchers …” (Tony Evers, “Questions For 2018 Gubernatorial Candidates,” Wisconsin School Administrators Alliance, 9/18)