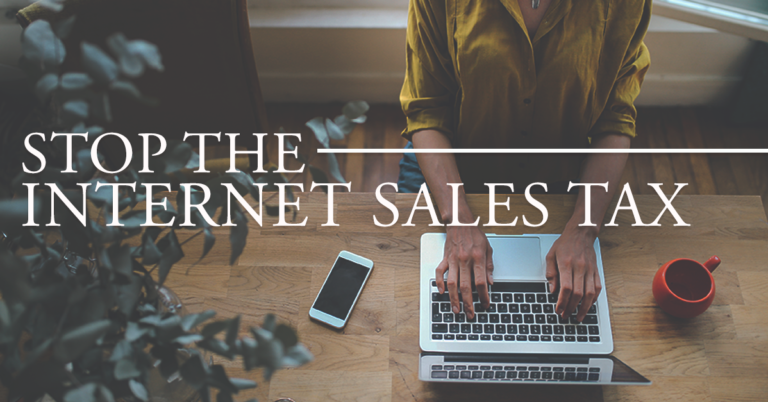 Arlington, VA – In a letter sent to House Judiciary Committee members Tuesday ahead of a hearing on Internet sales taxes, Americans for Prosperity called on Congress to protect American taxpayers and businesses from unfair taxes on out of state retailers. The hearing comes in the wake of the recent Supreme Court decision in South Dakota v. Wayfair, which overturned precedent from the case of Quill v. North Dakota, which determined that states could not collect sales taxes from online retailers unless those retailers had a physical presence in the state.

“Since our country’s founding, Americans have proudly espoused the idea that there should be no taxation without representation. States are now actively seeking ways to impose and collect taxes from people and businesses that have no representation, voice, or recourse in that state. They cannot take to the ballot box to oppose high taxes, and they cannot relocate to a friendlier tax environment when states can reach them anywhere. This is a slippery slope and sales taxes would only be the beginning—states are already looking for ways to extend this power to corporate and individual income taxes.”

Gardner also called for Congress to issue a moratorium that prohibits states from imposing taxes on out of state retailers in order to give Congress time to craft legislation on the physical presence standard:

“We urge members of Congress to act swiftly to implement a moratorium that prohibits states from imposing taxes on out of state retailers in the wake of Wayfair. This moratorium would give Congress the time it needs to craft and pass legislation that will codify the physical presence standard and stop states from taxing and regulating people and businesses outside their borders.”