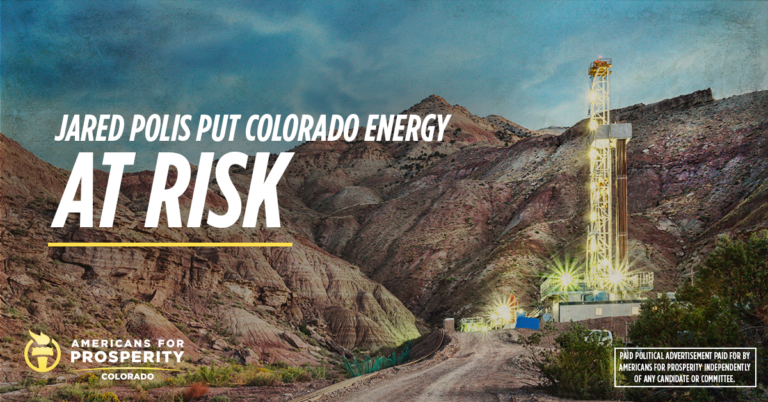 DENVER, Colo. – Americans for Prosperity-Colorado (AFP-CO) on Thursday, through its independent expenditure committee, unveiled new digital ads and declared its opposition to Jared Polis in the race for Colorado’s governor. The new ads include two new videos, one of which highlights Walker Stapleton’s exceptional record on taxes. The other criticizes Polis’ support for a single-payer health care plan, especially after a similar proposal failed as a ballot initiative in 2016. Other ads also point out Polis’ hypocrisy on his opposition to Proposition 112, considering he was financially backing a similar initiative in 2014, as well as his vow to “take on” Colorado’s Taxpayer Bill of Rights (TABOR).

“Jared Polis’ endorsement of the reckless, one-size-fits-all single-payer health care plan would devastate the state’s health care system and with it, Colorado families. Not only have Coloradans emphatically rejected a similar plan, but Polis’ staunch support for such an expansive government program calls into question what other reckless policies he’d implement as governor. And no one is fooled by his sudden support for our booming energy industry—he made his stance very clear in 2014 when he funded a similar setback initiative that would have severely crippled the industry.

“Walker Stapleton is the right choice for Colorado. His support for lower taxes, education freedom, and sensible health care solutions will keep Colorado on the track towards growth and prosperity.”