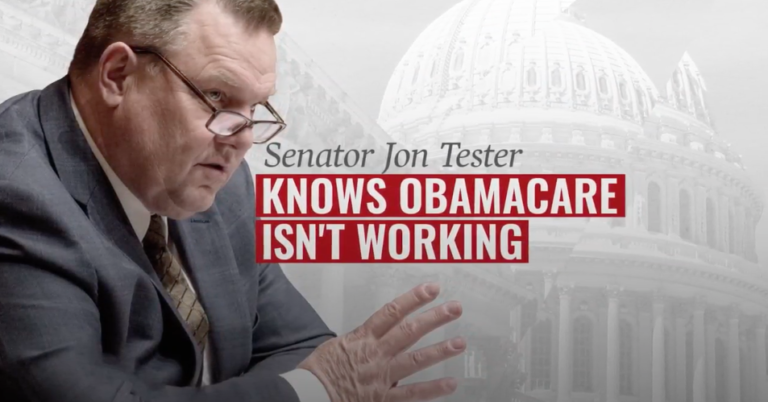 Americans for Prosperity on Tuesday responded to an ad released by Senate Majority PAC, which attempts to defend Sen. Jon Tester’s votes for policies that drive up health care costs and limit choice.

“As health care costs increased 133 percent in Montana, Sen. Tester voted repeatedly to protect Obamacare and continue to punish those who can least afford the skyrocketing costs with a penalty for not buying it. Tester knows Obamacare is hurting Montana, yet despite numerous opportunities to provide relief, he’s consistently voted no. If Sen. Tester really believes Congress ‘ought to fix’ health care, he could start by strengthening short-term plans, which would give Montanans relief from Obamacare by offering more choices at lower costs.”