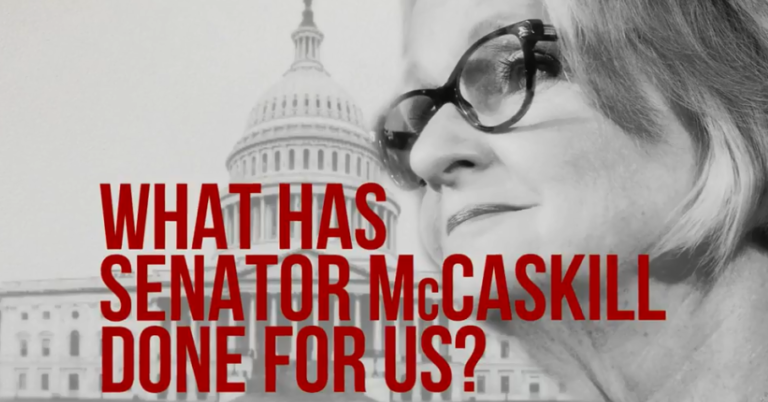 JEFFERSON CITY, Mo. – Americans for Prosperity-Missouri (AFP-MO) announced another TV ad Wednesday, titled “D.C. Changed McCaskill,” criticizing her positions on health care and whether, after being in Washington for a decade-plus, she has Missourians’ best interest at heart. The $2.1 million TV and digital ad buy will run starting Aug. 30 as part of AFP’s effort to mobilize voters against Sen. McCaskill in the upcoming election.

The ad underscores how Sen. McCaskill, despite her campaign rhetoric, is culpable for the increasing costs of health care in Missouri by supporting Obamacare and, more recently, opposing the innovative and affordable short-term, limited-duration health insurance plans (STLD) made more accessible by the Trump administration. It also highlights how Sen. McCaskill’s husband has increasingly benefited from an increase in federal subsidies to his real-estate investments, a pattern recently investigated by the Kansas City Star.

“Sen. McCaskill will forever be tied with Obamacare and its higher health care and drug costs,” said AFP-MO State Director Jeremy Cady. “Not only did she help President Obama force this bad law on unwilling Missourians, she also turned a blind eye to Obamacare’s sweetheart deal for the pharmaceutical industry—the same companies she’s now railing against. But while Missouri families struggle with rising health care costs, Sen. McCaskill’s family has done just fine. In fact, her decade-plus tenure in Washington, D.C. has coincided with more taxpayer money funneled to her husband’s business—a disturbing trend.

“Her opposition to more affordable plans shows her partisan, short-sighted attitude towards improving health care in Missouri,” continued Cady. “As we continue to educate Missourians on her record, we’re confident we’ll convince enough people to vote Sen. McCaskill out of office this November.” 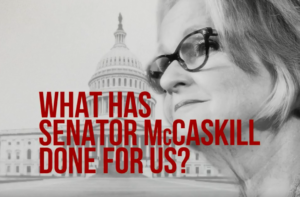 Sen. McCaskill voted for Obamacare in 2010.

The cost of health care has increased in Missouri since implementation of Obamacare.

In 2010, during the legislative debate surrounding Obamacare, many news outlets reported on the pharmaceutical industry’s participation in crafting the bill, even uncovering an agreement between President Obama and industry leaders well before the bill was passed into law on Dec. 24, 2009.