GENEVA, Ill. –Americans for Prosperity-Illinois (AFP-IL) on Thursday announced new direct mail and digital investments as the next phase of the group’s ongoing “Keep Illinois Flat” grassroots campaign calling on lawmakers to oppose scrapping Illinois’ flat income tax for a graduated one. The announcement comes as the debate moves to the House after Senate passage of the graduated income tax legislation on Wednesday. AFP-IL has long opposed forcing a graduated income tax on taxpayers. The new investment, which follows a series of town hall meetings hosted with lawmakers during the two-week Spring Break, includes digital ads and direct mail in key State House districts. 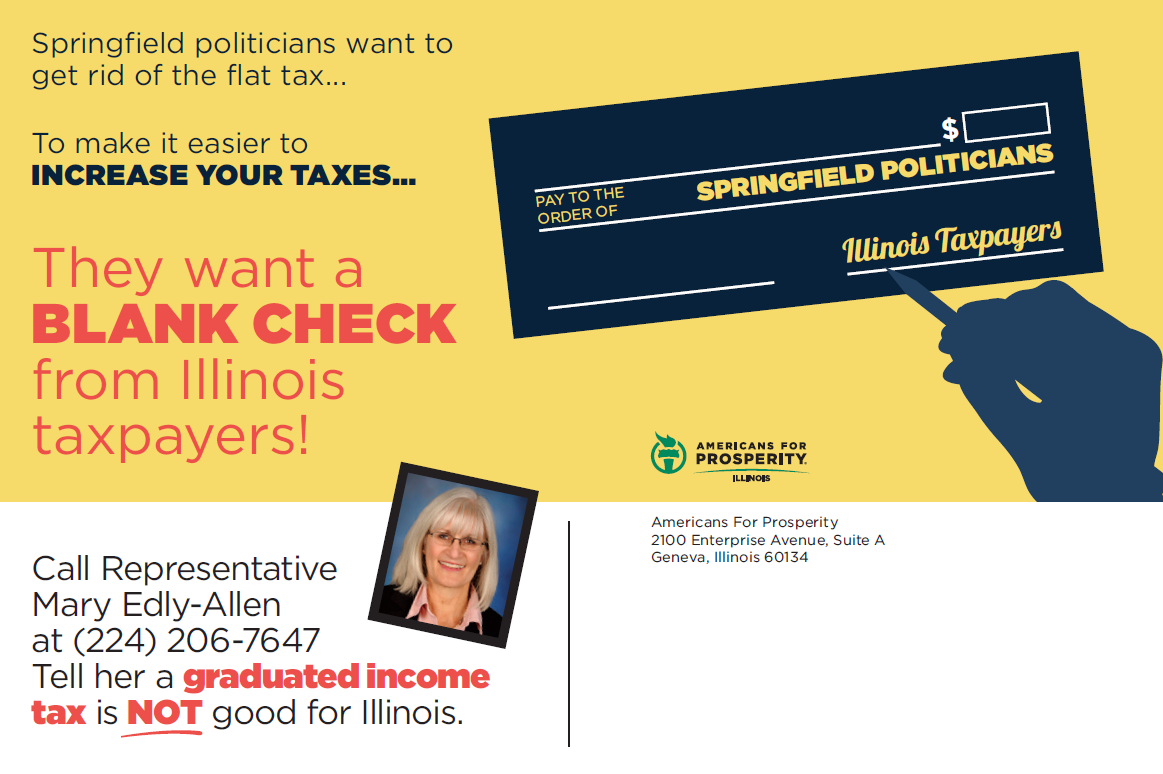 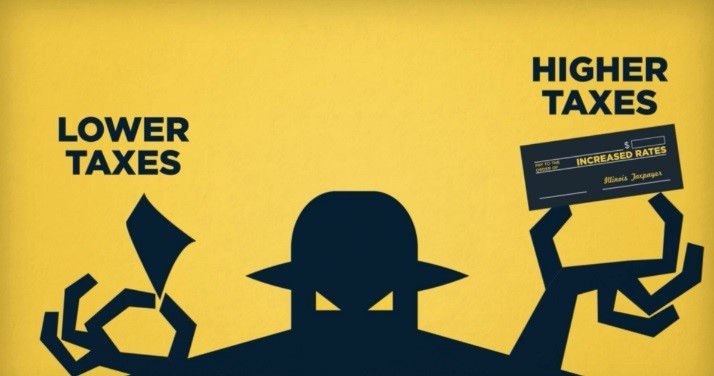 “We already pay some of the highest taxes in the country, and now some politicians want even more tax power. A graduated income tax scheme would make it easier for lawmakers in Springfield to create multiple tax brackets and increase taxes on families and small businesses. We urge lawmakers to ‘Keep Illinois Flat’ by standing up for taxpayers and working on creative solutions to get our fiscal house in order.”

“When politicians in Illinois have an opportunity to raise taxes, they take it – like when they hiked income taxes 32%,” the video states. “Our property taxes are some of the highest nationwide. Now some lawmakers want to scrap our flat income tax and replace it with a graduated one. At any time, they can add brackets or increase rates. A blank check signed by you, the taxpayer. How do you think Springfield will use that power?”

For further information or an interview, reach LORENZ ISIDRO at LIsidro@afphq.org or (703) 887-7724.

Through broad-based grassroots outreach, Americans for Prosperity (AFP) is driving long-term solutions to the country’s biggest problems. AFP activists engage friends and neighbors on key issues and encourage them to take an active role in building a culture of mutual benefit, where people succeed by helping one another. AFP recruits and unites Illinoisans behind a common goal of advancing policies that will help people improve their lives. For more information, visit www.AmericansForProsperity.org