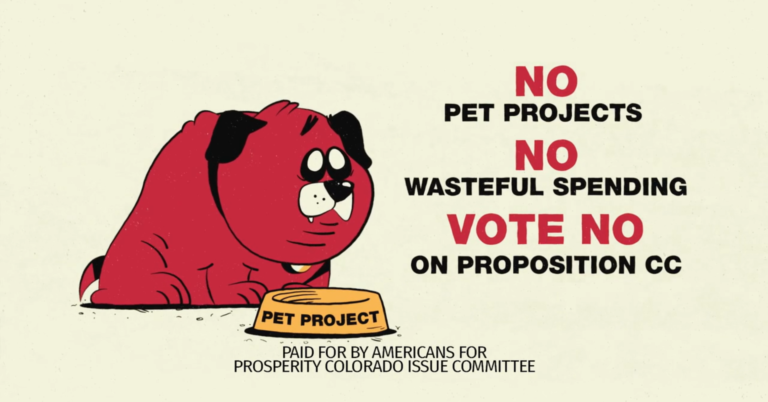 The ads underscore how TABOR protects Colorado families and their tax dollars from being funneled into politicians’ wasteful pet projects. The ads start on Friday and will run in key areas of the state through November 5th. 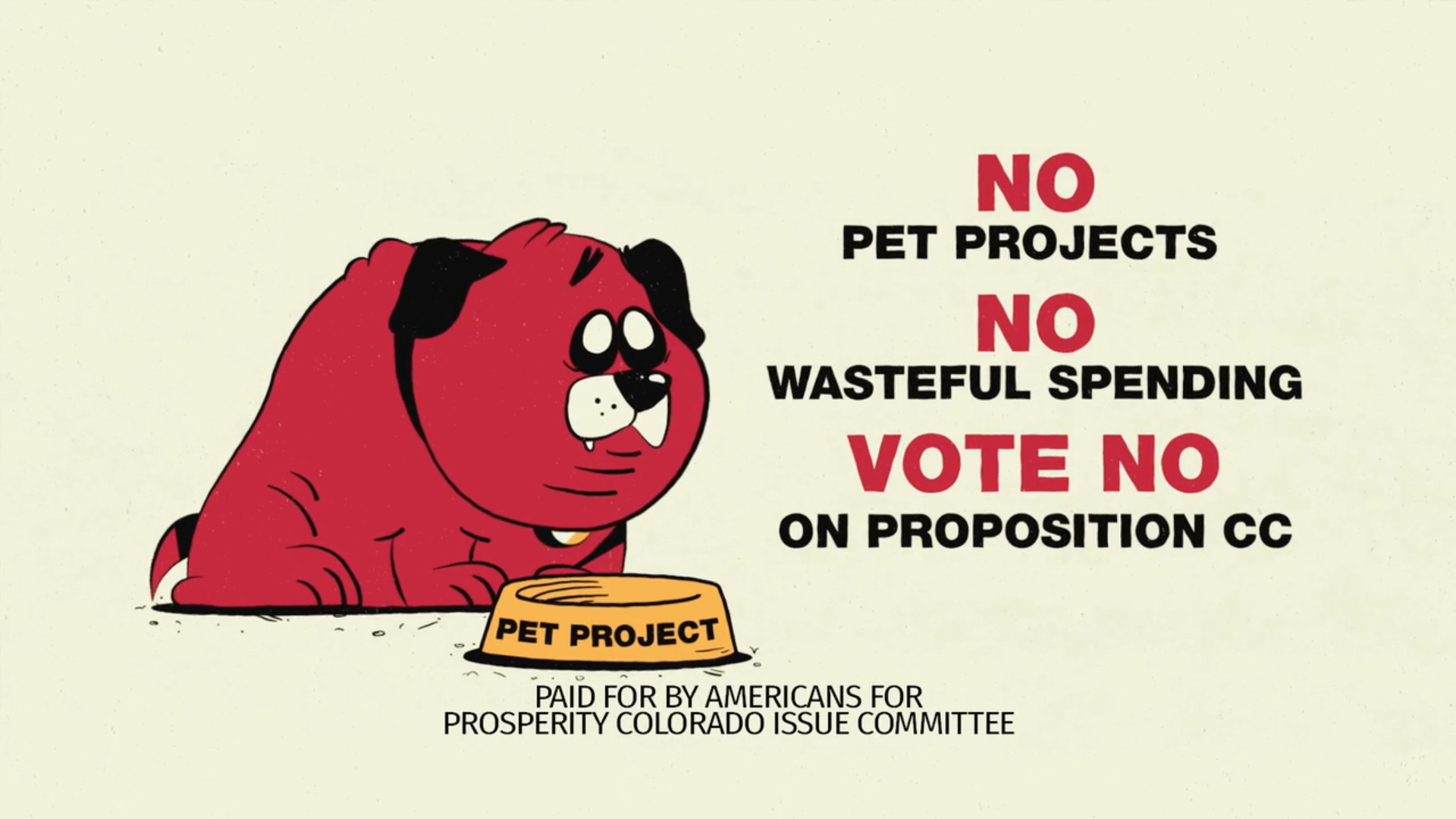 “Proposition CC comes with zero guarantees and weakens our Taxpayer’s Bill of Rights – the one safeguard Colorado taxpayers have against politicians eager to use our money for their own pet projects. Politicians have a long history of breaking their promises in Colorado when it comes to spending hard-earned tax dollars. We encourage all Coloradans to vote ‘NO’ on Proposition CC this November.”

In 2005, politicians promised to increase spending on education with Referendum C.

But behind closed doors they instead fed the money into their pet projects.

Now, they’re at it again, pushing Proposition CC, promising increasing spending on our schools and roads.

But there is no guarantee.

So where will the money actually go?

Just say no to Pet Projects and Wasteful Spending.

Vote No on Proposition CC.

The Taxpayers Bill of Rights keeps more money in your pocket.

Helps with my family budget.

Helps me pay the bills.

Unfortunately, some think Denver’s budget is more important than yours.

And there’s no guarantee where our money will be spent.

We tried this before…promises were broken.

Vote NO on proposition CC.

Paid for by Americans for Prosperity Colorado Issue Committee.

Through broad-based grassroots outreach, Americans for Prosperity (AFP) is driving long-term solutions to the country’s biggest problems. AFP activists engage friends and neighbors on key issues and encourage them to take an active role in building a culture of mutual benefit, where people succeed by helping one another. AFP recruits and unites Coloradans behind a common goal of advancing policies that will help people improve their lives. For more information, visit www.AmericansForProsperity.org