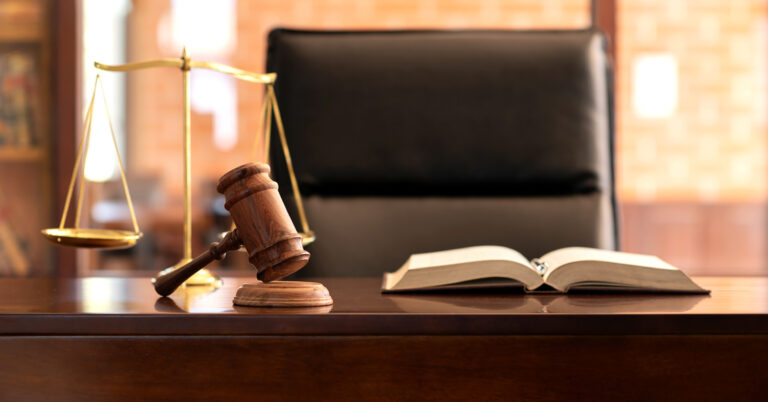 During the next term of the U.S. Supreme Court, the justices will again consider the practice of acquitted conduct sentencing.

In these cases, the additional charges – though not proven beyond a reasonable doubt – are used to enhance the sentence imposed.

Below are some examples that illustrate how acquitted conduct sentencing works in practice.

Osby v. the United States of America is the case to be considered by the Court.

Police arrested Erick Osby in Newport News, Virginia, after he was observed by police approaching cars in what appeared to be attempts to sell drugs. A search of the car he was riding in recovered both drugs and a firearm.

Osby was charged with seven criminal offenses, related to possession of the drugs and firearm in the car, as well as possession of drugs and a firearm found in a search of a hotel room he had partially paid for the week prior.

Of the seven charges, Osby was convicted on two. Under federal advisory sentencing guidelines, the two convictions generally warranted a sentence of 24 to 30 months in prison.

The district court, however, calculated a range of 87 to 108 months, based on the charges on which Osby had been acquitted. Osby was then sentenced to 84 months (seven years) in prison.

In their court filing, Osby’s attorneys explain how the sentencing process gives equal weight to convictions and acquittals:

Earlier this year, Americans for Prosperity Foundation joined with other groups in support of a petition to the Supreme Court on Mr. Osby’s behalf.

The petition urges the Court to put an end to the practice, saying:

“The mere fact that a defendant whose exposure to criminal punishment is driven by acquitted conduct has also been convicted of some other criminal offense — which may be completely unrelated to and far less serious than the acquitted conduct — does not justify either (a) replacing the reasonable doubt standard with the lower preponderance standard, or (b) allowing a judge to effectively overrule a unanimous jury acquittal.”

AFP also took a deeper dive into the history and practice of acquitted conduct sentencing and the constitutional problems it causes:

At sentencing, the preponderance standard of proof applies, meaning a judge only needs to find that a fact is “more likely than not” true. That is a far lower bar than the reasonable doubt standard.

In practice, this means that a judge may use judge-found facts regarding acquitted conduct to increase the sentence of a defendant whose legally justified punishment would otherwise be much lower without the use of acquitted conduct. Say, five years imprisonment, to twenty years imprisonment by essentially overriding the jury’s acquittal decisions.

Surveillance officers observed several drug transactions involving Ms. Putra and a codefendant on two consecutive days. Putra was charged with aiding and abetting in the crime of possession with intent to distribute cocaine for transactions on each day. She was convicted as charged for the first day’s activities, but acquitted on the second.

According to sentencing guidelines, the penalty for her conviction would have been 15 to 21 months in prison. She was sentenced to 27 months, based on guidelines that were enhanced for the charge on which she was acquitted.

In 2002, Jeffrey Wright and Laurie Ann Fischer robbed a bank in Maysville, Kentucky, each armed with a .357 caliber firearm. They fled in a car driven by Wright’s brother, Roger White, who acted as the getaway driver. According to press reports, White led police on a high-speed chase while shots were fired from the car at police.

After the chase, Wright took his own life. Fischer was later convicted on multiple counts of bank robbery and using a handgun and was sentenced to 25 years in prison.

At trial, White was convicted of aiding in the robbery, but acquitted of charges related to use of a firearm during the robbery and escape. Nevertheless, the judge added nearly 14 years to White’s sentence, almost tripling it to 22 years.

The U.S. Court of Appeals for the Sixth Circuit later upheld the sentence.

From 2005 to 2010, 18 people associated with the “Congress Park Crew” were indicted as part of a conspiracy for crimes, including crack dealing and armed robbery. While most of the accused entered guilty pleas, a few exercised their right to a jury trial.

The jury acquitted them of the most serious charges, but convicted them of distributing what Supreme Court Justice Antonin Scalia later characterized as “very small amounts of crack cocaine.”

While sentencing guidelines for these convictions generally recommend a range between two and six years in prison, the judge sentenced the defendants to between 15 and 19 years, enhancing the sentences based on charges for which they had been acquitted. (Notably, Supreme Court Justice Brett Kavanaugh registered his misgivings about acquitted conduct sentencing when this case came before the U.S. Court of Appeals for the D.C. Circuit.

The Washington Times eventually published an open letter from a member of the jury objecting to the sentence:

“[W]e spent 8 months listening to the evidence. … We deliberated for over 2 months, 4 days a week, 8 hours a day. …  We, the jury, all took our charge seriously. We virtually gave up our private lives to devote our time to the cause of justice. … We listened, we thought, we argued. … Eventually, through every hour-long tape of a single drug sale, hundreds of pages of transcripts, ballistics evidence, and photos, we delivered to you our verdicts. What does it say to our contribution as jurors when we see our verdicts … not given their proper weight[?]”

If the Supreme Court ends the practice of acquitted conduct sentencing, it would ensure that people are punished for crimes of which they are convicted, but not for those on which they’re acquitted. This will help protect the innocent and ensure that criminal sentences are appropriate to the crimes.